Fox Home Entertainment has offered us 2 copies of Beasts of the Southern Wild on Blu-ray to give away.  Be sure to read Eric Ambler’s theatrical review HERE, and don’t miss out on Donovan Warren’s coverage in Oscar Watch. Keep reading for information about the Blu-ray and for your chance to enter. 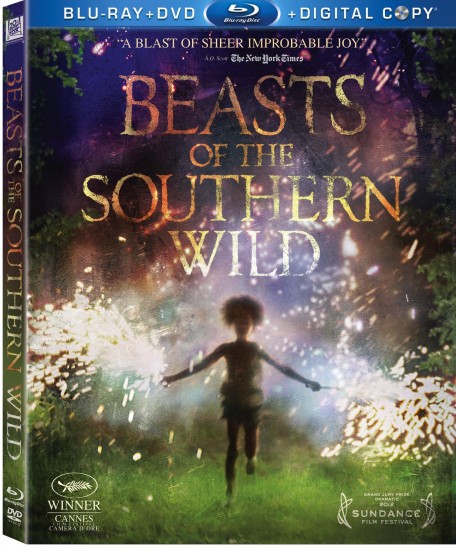 Beasts of the Southern Wild

Teeming with magic, beauty and pure joy, this crowd-pleasing winner at the Sundance Film Festival has emerged as one of the year’s most acclaimed films. Newcomer Quvenzhané Wallis delivers an “Oscar®-worthy performance” (Philadelphia Daily News) as Hushpuppy, the six-year-old force of nature in an isolated bayou community. When her tough but loving father Wink (Dwight Henry) succumbs to a mysterious malady, the fierce and determined girl bravely sets out on a journey to the outside world. But Hushpuppy’s quest is hindered by a “busted” universe that melts the ice caps and unleashes an army of prehistoric beasts.

Enter to win the Blu-ray by filling out the form below and completing at least one of the steps. The more you complete, the more entries you get and therefore the better your chances of winning!

Enter to Win a MAN OF STEEL or IRON MAN Shirt from T-shirts.com

Win A GOOD DAY TO DIE HARD on Blu-ray