High school … is there another time in life more full of drama, angst and yes, comedy? Hollywood has not missed the fact that audiences love to watch movies about those golden years and, in the past five decades, hundreds of movies depicting high school life have hit the screens from Rebel Without a Cause to The Perks of Being a Wallflower.

Some have been better than others, though, and the debate over which are the “best” will rage on likely forever. There are some films that rise to the top of any list — such as these 10, listed in no particular order.

Below are some of the best high school movies, in our opinion!

A classic of teenage class warfare, this 1986 prom-centered John Hughes tale stars Molly Ringwald, Andrew McCarthy, James Spader and a pre-“Two and a Half Men” Jon Cryer. Ringwald is Andie, a girl from the wrong side of the tracks who hooks up with McCarthy’s Blaine, a rich guy whose friends don’t exactly approve of his new love. Cryer’s character Duckie is one of the most beloved of any high school flick, and hardly anyone thinks Ringwald made the right decision at the film’s end. 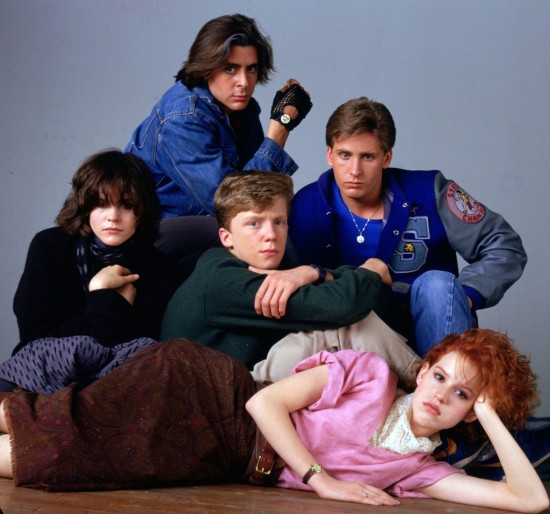 A Saturday detention stretching all day might not appeal to any teenager, but if the people you’re stuck with are as fun as this group, you might change your mind. A Brat Pack classic with Molly Ringwald, Judd Nelson and Emilio Estevez, “The Breakfast Club” is funny, thought-provoking and iconic.

Before Lindsay Lohan was known more for her tabloid scandals than her acting chops, she starred in this 2004 classic about a new girl in school who takes down her high school’s most powerful clique, but not before becoming a “mean girl” herself. Written by comedic genius Tina Fey, “Mean Girls” is a scathingly funny look at the realities of high school life ­— and shows that smart and nice is better than pretty and mean.

Before there were mean girls, however, there were the Heathers, a group of friends that rate among the best of Hollywood villains. “Heathers” remains a cult classic, and though the plot is slightly over-the-top, it’s an escapist fantasy for anyone who ever dreamed of (literally) getting rid of the most popular girl in school.

Cameron Crowe is a master of recreating the high school experience on the big screen, and “Fast Times at Ridgemont High” is perhaps his finest achievement. As the good-natured stoner Spicoli, Sean Penn achieved legend status. 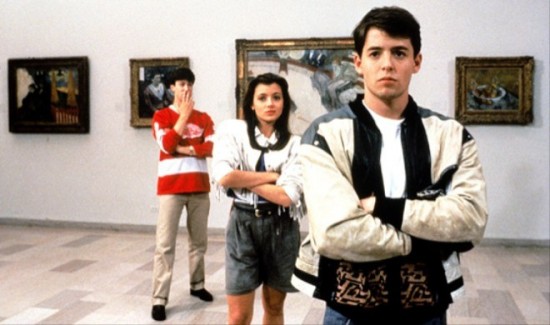 “Bueller? Bueller?” No one takes attendance — or teaches history ­— quite like Ben Stein, which is why Ferris Bueller went to great pains to skip school one beautiful spring day. Ferris Bueller is a pop culture hero, and this comedy shows just how much fun one person can cram into a single day … when he stops and looks around for a while.

“Grease” is the high school experience that never was, but everyone wishes they had. Friday night football games, drive-in movies and the one that got away — “Grease” has it all. Complete with comedy, drama, fast cars and a soundtrack that you know the words to, “Grease” is pure fun.

For all the cheer and fun of “Grease,” “Friday Night Lights” is the opposite — a gritty, realistic and heartbreaking portrait of life in a working class Texas town where high school football is king. The story is both heartbreaking and inspiring, with incredible writing and acting.

If there is one word to describe this cult classic, it’s random. The pacing is tedious, and the story is disjointed, but audiences can’t help but fall in love with the awkward geek Napoleon and his equally awkward friends. When Napoleon shows off his “sweet dance moves” at a school assembly, anyone with the faintest memories of high school both cringes and cheers for him.

This list doesn’t include every quality high school movie; some could argue that “Sixteen Candles,” “Clueless,” or more serious fare such as “Hoosiers” or “Hoop Dreams,” deserve a spot on the list. And who knows what’s to come? One thing is for certain: As long as people go to high school, Hollywood will continue to make movies about the experience.

Which of these above is your Best High School Movie?

About the Author: Roxanne Stone is a pop culture blogger and self-described John Hughes fanatic. Her college thesis was actually about her favorite movie of all time:  “The Breakfast Club.”