The first trailer for Generation Um… from director Mark L. Mann. The film stars Keanu Reeves, Bojana Novakovic and Adelaide Clemens.  It’s story revolves around Reeves’ character and his two girlfriends during a the day after a long night of partying in New York City.

After partying in New York City last night, John and his beautiful girlfriends Mia and Violet form an intimate bond as their deepest secrets from their past are revealed. Friendships are tested and compromises are made as these three friends prepare to do it all again tonight. 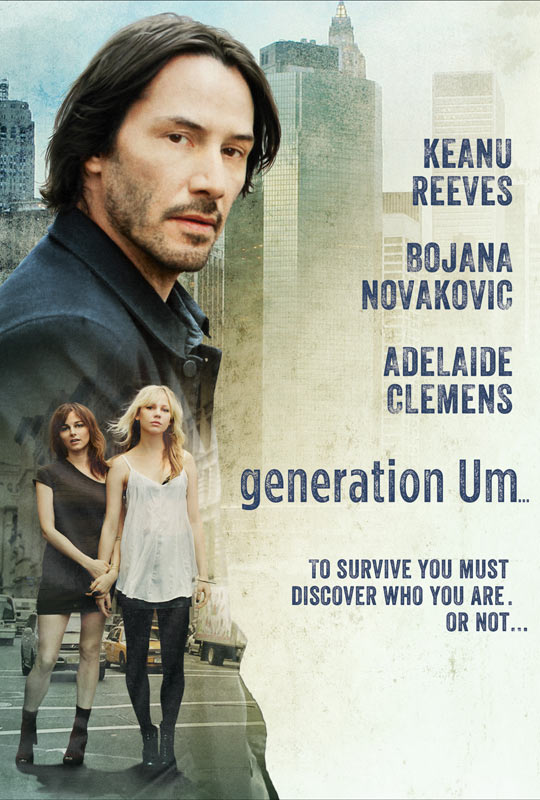 Watch the trailer for Generation Um… below:

Keanu Reeves has not starred in a movie since The Day The Earth Stood Still in 2008, so it is good to see him back on the big screen. If this is not something you are interested in, Reeves will be starring in 47 Ronin this year.