Spring Break arrives in July when Spring Breakers is released on Blu-ray and DVD. I have some mixed feelings about this film, but enjoyed it overall. Be sure to read our review of the film here. Keep reading for the official press with all of the special features for this disc.

From the mind of groundbreaking writer/director, Harmony Korine (Kids, Gummo), comes the captivating new film Spring Breakers, arriving on Blu-ray Disc (plus Digital UltraViolet) and DVD (plus Digital UltraViolet) July 9th from Lionsgate Home Entertainment.  The release follows closely on the heels of an incredibly successful theatrical run via A24.  This cutting-edge, gorgeously-filmed crime thriller features breakout, buzz-worthy performances by Disney Channel alums: Selena Gomez (TV’s “Wizard’s of Waverly Place”) and Vanessa Hudgens (High School Musical franchise, upcoming The Frozen Ground). The film also stars James Franco (Oz the Great and Powerful, 127 Hours) in one of the most unforgettable performances of his career along with Ashley Benson (TV’s “Pretty Little Liars”) and Rachel Korine (The Fourth Dimension). Driven by a sizzling score by Grammy®-winning electronica guru Skrillex and Grammy®-winning composer Cliff Martinez, this is an invigorating and unexpected look at an American rite of passage.

Critics across the country rave; Spring Breakers is the most talked about movie of the year.  Dubbed the “coolest film of the year,” (Sunday Mirror), and “one of the smartest American movies of the year,” (GQ), the critical response has also proclaimed the film “electrifying,” (Ain’t it Cool News) and “hypnotic” (Entertainment Weekly). With performances that leap off the screen, “Franco is nothing short of great,” (Chicago-Sun Times) and “James Franco is brilliant” (Newsweek), the film is a must-own!

SPRING BREAK FOREVERRRR… Brit (Benson), Faith (Gomez), Candy (Hudgens) and Cotty (Korine) are best friends anxious to cut loose for spring break, but they don’t have the money. After holding up a restaurant for quick cash, the girls head to the beach in a stolen car for what they think will be the party of a lifetime…until they’re thrown in jail. But they are bailed out by Alien (Franco), a local rapper, drug pusher and arms dealer, who lures them into a criminal underbelly that’s as lurid as it is liberating for a close-knit gang of girlfriends who are still figuring out their paths in life.

The Blu-ray Disc and DVD contain brand new bonus features that deliver viewers the full behind-the-scenes Spring Break experience! Both discs include exclusive looks into the talent transformations, the music and the full creative process behind the film, as well as never-before-seen deleted scene/outtakes and more!

The Spring Breakers Blu-ray Disc and DVD will be available for the suggested retail price of $27.99 and $21.98, respectively. 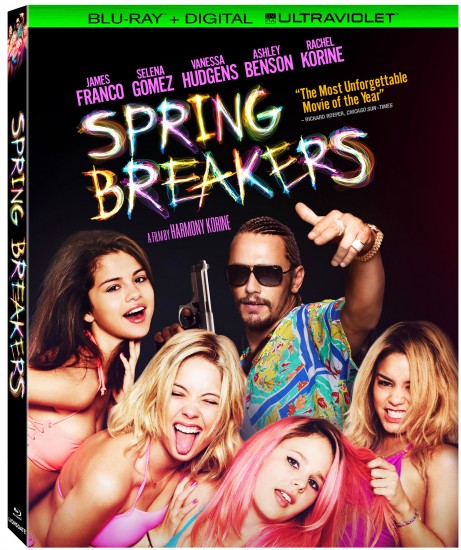 ·       “Breaking it Down: Behind Spring Breakers” – A Behind-the-Scenes 3-Part Documentary 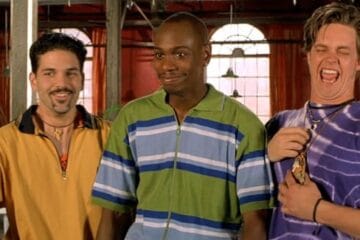 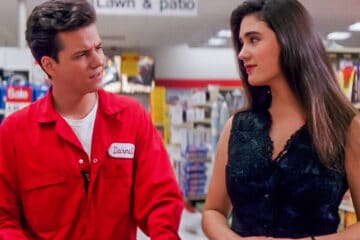