Josh Brolin, Ryan Gosling, and Joe Manganiello up for Batman in MAN OF STEEL 2

Josh Brolin, Ryan Gosling and Joe Manganiello are all in the running to play Batman in Man of Steel 2 according to THR. The list of contenders also includes Matthew Goode, Max Martini and Richard Armitage. Brolin is rumored to be the frontrunner at this stage of the game. Keep in mind that the script is still being written for the film set for release in 2015.

It has been reported that Batman will be in his 40’s during the film, which is said to be the same tone of the relationship and fight seen in Frank Miller’s 1980s ground-breaking mini-series The Dark Knight Returns. According to THR, Batman/Bruce Wayne “will be established and rugged. This new movie will not seek to recount an origin story or the rise of the Dark Knight.”

Here is what THR had to say about each of the actors:

[box style=”quote”]Josh Brolin, 46 —  Warner Bros likes him a lot. He starred in the studio’s Gangster Squad, and that’s after he toplined the studio’s 2010 dud Jonah Hex. He’s also attached to star in Warners’ Quasimodo project as well as Crazy for the Storm. Plus, he already has a Frank Miller connection: he leads the cast of Sin City: A Dame to Kill For, Robert Rodriguez’s upcoming take on the Miller crime comics.

Joe Manganiello, 36  — According to several insiders, Snyder liked him as a possible Superman for Man of Steel before settling on Henry Cavill, but one major stumbling block was the schedule that Alan Ball had him on for filming True Blood, the HBO vampire series in which Manganiello plays a werewolf.

Richard Armitage, 41 — The British actor appeared in TV’s Strike Back, but may be best known to audiences for playing Thorin in the Hobbit movie for Warners’ New Line division. He will reprise the characters for the second and third installments.

Max Martini, 43 — He cut his teeth playing tough guys on TV in shows such as Revenge, Castle and Hawaii Five-O but won notice as a sacrificing father in Pacific Rim and will play a Navy SEAL commander in this fall’s Captain Phillips.

Matthew Goode, 35 — He’s already worked with Snyder in the director’s 2009 filmWatchmen, in which he played Ozymandias.[/box] 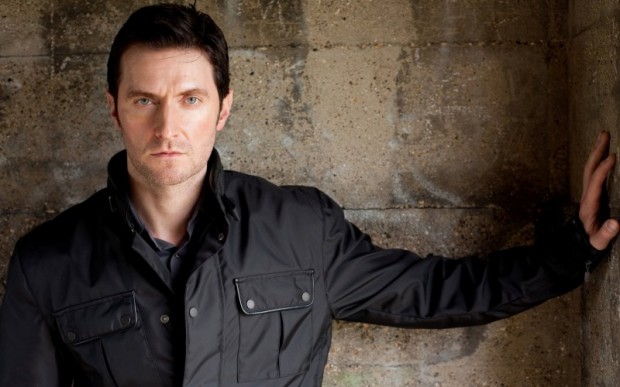 Before anyone gets their heart set on one of these actors, keep in mind that this is just an initial list of possible actors to be considered for the role. If I had to share my thoughts on the role, I would love to see Brolin or Armitage in the role. I would be happy to see Gosling in just about any movie.

Josh Brolin, Ryan Gosling, and Joe Manganiello up for Batman in MAN OF STEEL 2