So we all know Hollywood can be a bit of a joke sometimes when the next biggest blockbuster hits the scene – just action packed without much thought going in to why or how this whole situation came to be. When technology was still new and the world wide web was scary, untamed virtual wild wild west, films didn’t know how to seriously tackle these digital nightmares. But, shockingly, it doesn’t seem to have gotten any better. Hackers and the art of hacking get crazy depictions that are far from reality. Here are a few movie moments about the world of hacking and computing which really made us LOL! 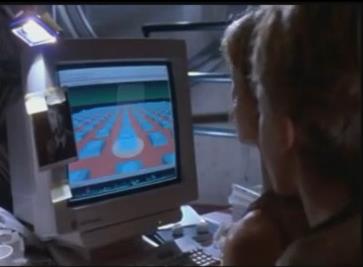 “It’s a Unix system” Lex Murphy proclaims, “I know this” before seemingly easily locating the correct file she needs. This scene in the blockbuster film received a lot of criticism, but was actually based on FSN (File System Navigator). This was an experimental application to view files in 3D. Unlikely as this is to have been used within the Jurassic Park administration system, it’s not as fabricated as some of the other examples used.

“A rabbit is in the administration system!”
“Send a flu shot”
“Rabbit. Flu Shot. Someone talk to me.”
Nuff’ said. Hackers, just, no. Hacking usually doesn’t contain visuals of rabbits and Pac-Man. Ridiculously funny though. Especially when you see the Cookie Monster gobbling up some code on screen.

“He’s using a polymorphic engine to mutate the code, whenever I try to gain access it changes. It’s like solving a rubix cube that’s fighting back”. Right. So by now we know all Bond films are farfetched, but that’s what makes Bond so great. Killing off hoards of goons and bad guys, explosive action and getting the woman (or two or three). But in Skyfall the 3D rendering of data with a code, within which Daniel Craig just so happens to spot a particular string of characters which happens to be the password “Granborough”. Upon entering the password, the visualisation transforms into a map. Crazy.

“Oh look it’s a map” – I thought it was a polymorphic spider in ten thousand years’ time.

Another one where 3D visualisations of worms and algorithms appear which look silly. As well as one scene in which the hacker, Stanley, gets pleasured by a woman whilst having to crack the code in 60 seconds. Stanley manages to finish just about in time, with the hack taking slightly longer.

Yes James Bond gets another feature. But this time from the depths of the communications room in Siberia. Boris, the computer geek, hacks into the US Department of Justice. As Boris proceeds to gain access, he gets denied and then sends a spike. This spike apparently seizes the phone line of whoever tries to track Boris and then jams it so they can’t hang up. I don’t know what’s worse. Boris’ cryptic password clues or his hacking in Goldeneye.

“They’re right in front of you and can open very large doors.” 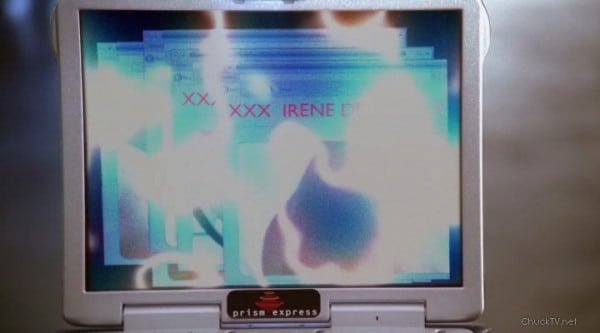 Just funny – Mac Taylor trying to converse with someone on what looks like 2nd life, who has a blue fox avatar and a hover board which he speedily takes off on. No Mac, you can’t interrogate people on 2nd life. Its ok though, we can chase him with our hover pack. Go go gadget hover pack!

“Hey you. I wanna talk to you about Venus. Do you know who stole her avatar?”
“He’s making a run for it boss.” 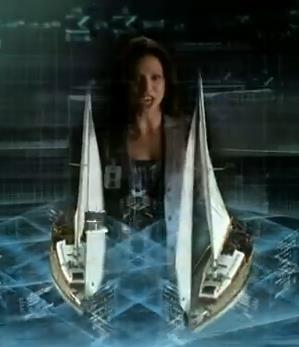 This TV show is dumb. They go onto a public server to try to try to catch hacking operators conversing. Really?
“IRC, internet relay chat – its how internet hackers (supposedly) talk when they don’t want to be overheard.”
“And can we see what they’re saying?”
“in leetspeak. Luckily I speak 1337.”
“That’s so hot…”

Amita equates IRC to being like 2 boats in the sea meeting up to exchange illegal drugs. I wonder of the same boats also exchange legal ones? 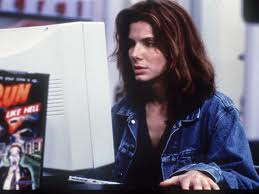 Long before becoming an Academy Award winning actress, Hollywood sweetheart Sandra Bullock starred in dodgy hacking thriller ‘The Net’. Aside from the melodramatic chase scenes and suspect British accents, the whole plot of the film was based on a virus found on a Macintosh, which could have never infected a mainframe computer. 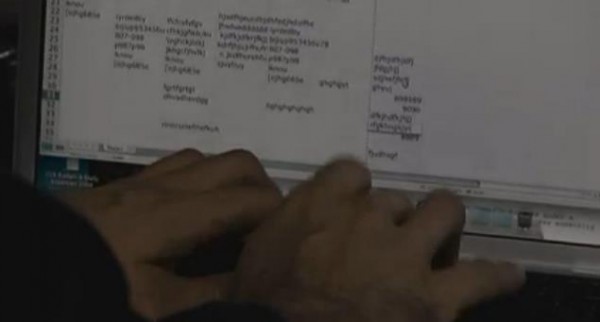 Really? Typing randomly into excel to stop a bomb. Excel? Maaaaaaaaan. Whoever was director of this film needs to be shot.
Let me just update my expenses in the spread sheet…and there you go, bomb diffused!

Apparently there was a deleted scene which said that all the current computer technology was based on an alien spacecraft which landed 50 years ago. Well this would be feasible if alien technology didn’t advance. But looking at the technology they have in that film, it doesn’t seem feasible.

“Do it. Do it. Do it.”
Well that just about wraps up our top 10 entertaining face palm hacks. Hopefully they will have you laughing at the memories of the ones you have seen and relining a bit of nostalgia. Have you got any others you think are equally as ludicrous? Get involved with the comments below.

This post was written by John Philips of SSLs.com, resellers of SSL Certificates from the likes of GeoTrust, Comodo and VeriSign.

Behind The Scenes of Casino Royale, How Accurate Was It?

JURASSIC PARK With Cats is both Scary and Cute

QUEUED UP: Blu-ray & Netflix Releases For The Week of December 28th

Supergirl Cosplay is Ready to Fly