Prisoners is one of the most intense and suspenseful films I have seen this year. You know that Oscar season is getting close when the quality films roll into theaters week in and week out. Prisoners is one such film because of powerful performances and a story ripped from the headlines. Prisoners is must-watch and one that you should make a priority to see in theaters.

Director Denis Villeneuve (Incendies) has reminded me of a thriller is supposed to be. One moment you think you have the mystery sold, and the next you realize you have been going down the wrong path. In the end you realize that what you were looking for was right under your nose.

Hugh Jackman and Maria Bello play Keller and Grace Dover. Terrence Howard and Viola Davis play Franklin and Nancy Birch. These two families have their lives turned upside-down when their daughters vanish from their suburban neighborhood on Thanksgiving day. Detective Loki (Jake Gyllenhaal) has never had a case he did not solve, is on the hunt for the girls and for who took them.  Each day the girls are not found the probability of them being found alive gets lower and lower. The only lead that Loki has is a suspicious RV that was seen on the street in their neighborhood. Loki arrests its driver, Alex Jones (Paul Dano).  Alex has the mind of a ten-year-old making interrogation difficult. Due to a lack of evidence, the police are forced to release him into the custody of his aunt, played by Melissa Leo.  This forces Keller (Jackman) to take the investigation  into his own hands.

Prisoners poses the question of how far you would go to protect or save your family. I am not a parent, so I can only guess how it would feel to have your child there one moment and gone the next. It is hard to tell how you would react until you are in that situation. Keller’s reaction was to kidnap Alex and do his own brand of interrogation on him. This includes keeping him locked in an abandoned home for four days while he brutally beats and questions him. Loki looks into other clues, each clue is a possible bit of trail in the maze that will lead to finding the girls alive. There are moments that you think you have the mystery solved or the case is stone cold. but the trail picks up again.

Hope is one of the main motivating factors for both Keller and Loki. I am not going to tell you how everything ends, but I can clearly say that I would have done the exact same things that both characters in the film did. The range of raw emotions is what makes the film so worthwhile. There are some films where you can tell that an actor is just in it for the paycheck, Prisoners is not one of those films. Both Jackman and Gyllenhaal leave nothing on the table in their performances. There is a scene between Keller and Loki that is so powerful that displays the anger and urgency they are both feeling. 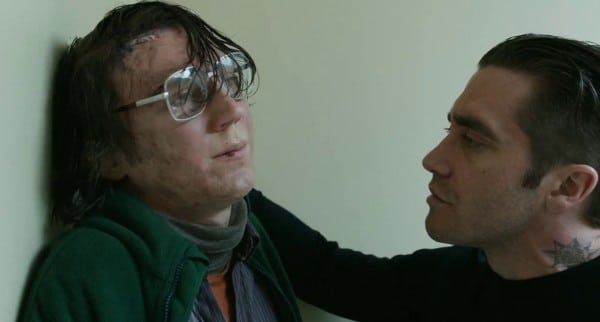 My mind is reeling as I write this review because of the intense experience that I had while watching this film. So many words could be used to explain the way I feel, but the best thing for you to do is experience the film for yourself.

Vin Diesel shares video from the set of FAST & FURIOUS 7