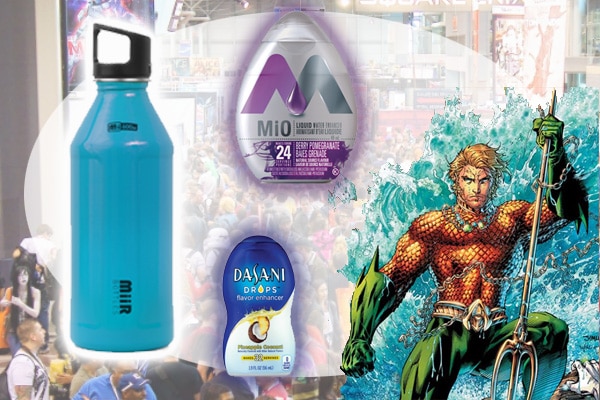 If there’s one thing that many people forget during Comic Con, it’s keeping themselves hydrated. With long days in the sun and free booze and soda at many of the event’s parties and lounges, forgetting water will leave you feeling tired and maybe even sick if you’re not careful.

The key making sure you want to drink water all day is finding a vessel that will actually keep it cold for longer than a few hours, which certainly sounds like an impossible feat, as even the heartiest aluminum bottle seems to leave you in lukewarm mediocrity before the day is even half over.

I was utterly floored when I bought a water bottle from Miir for last year’s Con, which promised to keep water cold for a staggering twenty four hours. It totally surpassed my expectations by not only keeping my water nice and chilled but even ICE CUBES remained after hours in the heat and several laps across the Exhibit Hall. I don’t know what sorcery is used to these, but it’s fantastic. Bonus: Miir gives one person access to clean water for a year with every bottle purchased.

If you can’t possibly fathom just drinking ordinary water, add a little flavor to it with something from Mio or Crystal Light, but do it. Your body will appreciate it.