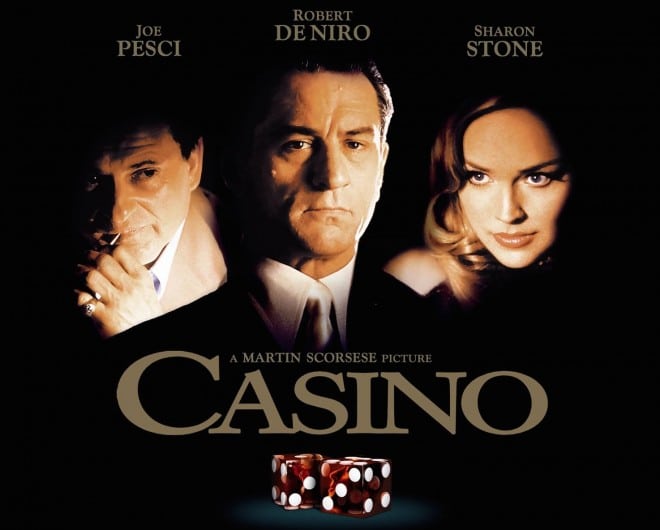 Gambling films are supposed to be about tension, excitement and exceptionally attractive people in expensive clothes. Very rarely are they intended to be manuals on how to play at a casino, and even rarer are they written by people who are experts themselves.

As a result, you end up with a range of inaccuracies occurring. Watch Martin Scorsese’s acclaimed epic Casino, for instance, and you’d believe that pulling sneaky tricks in a Las Vegas casino would send you to an early grave. Add that to George Clooney’s Danny Ocean getting placed in a room to be beaten by a deranged bodyguard in Ocean’s Eleven and the roughing up card counters receive in 21 and you’re left with a pretty violent image of the repercussions. In practice, you’ll most likely just be told to leave and banned in the future.

Characters in these films are also prone to mathematical blunders. Casino’s Rothstein says the high roller Okachawa feels like he’s lost $90,000 if he only wins 10 $1,000 bets, as he’s used to betting $30,000 each time. This is odd, as 10 wins at $30,000 a go would be $300,000, putting him $290,000 down instead. Daniel Craig’s Bond also makes some wayward calculations in ‘Casino Royale’; he claims Le Chiffre has a 23 to one chance of the river card turning his two pair into a full house. In reality, it would be 10.5 to one. As for Alan in The Hangover and those equations flying through his head – none of them have anything to do with blackjack.

You often find that, although many films accurately portray what the inside of a casino looks like, they rarely show how it works. For example, 21 insinuates that surveillance staff don’t have a clue how card counters operate, whereas it would actually be one of the core aspects of their training. Much of the script in Ocean’s Eleven was also more drama than fact, including the idea that a casino would violate regulations by holding someone else’s personal property, in this case the diamonds.

Sometimes it’s not the casino, but the game itself that receives the Hollywood treatment. 21’s suggestion that card counting in blackjack wins every time is mathematically bogus, as even an expert counter is only given a slight probability advantage over the dealer. Not to mention such counters would fall back on basic blackjack strategy if need be, which includes always splitting aces and eights – something the characters imply is ridiculous. Ocean’s Eleven is just as guilty, with Brad Pitt’s Rusty Ryan teaching five-card draw for a living – despite it being a poker style that’s rarely played – and holding his cards at a table, a break from common casino etiquette.

Admittedly some faux pas are rather specialist, and it’s understandable why they may be missed. Take the final hand in Casino Royale, for example. With a final board of ace hearts, eight spades, six spades, four spades and ace diamonds, Le Chiffre goes all in on ace-six. For a supposed maths genius, this is an incredibly risky move given that he could be beaten by an ace-eight or higher and all of his opponents have gone all in. Beyond assuming everyone was bluffing, he would almost certainly have folded in real-life. Thankfully for Bond’s spy career, he didn’t.

Behind The Scenes of Casino Royale, How Accurate Was It?

Time to Get Nostalgic About the 1995 Movie, Casino

A New THOR is Coming to Marvel