We are all too familiar with video games getting negative press for being somewhat short sighted on social issues. Productions have historically reinforced negative stereotypes of women and people of color. Gameplay has rewarded gratuitous violence against female non-playable-characters. That these games have often been popular has spoken volumes about how easily society has allowed itself to be blind to its negative biases.

However, in recent years there has been a push by developers to produce games that reveal the problematic aspects of the world we live in. Sometimes these are central aspects of the narrative, at others, they are asides that reflect how we often accept these issues as a part of our everyday lives. Either way, these games help to serve an important purpose in highlighting flaws and encouraging dialogue or action.

We’ll take a look at a selection of games that have helped to reveal social issues in a constructive, interesting way. How is this achieved while providing an engaging, entertainment product? Where do we need to place more focus?

With the threat of the potentially catastrophic effects of climate change on the horizon, one has to wonder whether there will be space for recreational video gaming in the not-to-distant future at all. Or will our free time be spent fighting over the few resources we have left? The only way to avoid the worst consequences of climate change is to take action now and keep it part of the public consciousness. In this regard, some video games have emerged as an important tool to start conversations and reveal areas of concern.

As an industry, there has been a greater commitment to gaming’s role to educate and impact climate issues and inspire positive change. Some of these efforts are direct in their approach; the Minecraft Building a Better World initiative encourages students to imagine their school 100 years in the future, and use the Minecraft platform to create solutions that would make their learning space a more environmentally sustainable place. Efforts like this to engage future generations, like Generation Z, can help cement the importance of public service at a formative stage in their development using a media they already enjoy and understand.

Though sometimes, video games might be most effective in demonstrating the likely catastrophic consequences of inaction. The Climate Trail, a game which simulates the player’s ability to survive an environmental apocalypse, presents the very real struggles that would face future climate refugees. The developers, William Volk, has gone to great lengths to incorporate scientific information into the gameplay — such as the rates of sea levels rising, or extremes of weather.

Video games can be a platform to signal boost prevalent social issues. As E-sports have become among the most watched sports in the world, it is clear that broadcasting services such as Twitch and YouTube reach vast numbers of gaming audiences. Is it possible that by streaming “Let’s Play” sessions of games that feature important issues, such as the immigration crisis in the U.S., that these narratives can have a greater impact?

Recently, one of YouTube’s most prevalent celebrities, PewDiePie, streamed his experiences of playing 2013’s Papers, Please. Though the game is set in a fictional Eastern European country in the early 1980s, many of the experiences the player faces as an official of the state — such as orders to reject even those in dire need, and unnecessary and expensive bureaucracy — accurately reflect the problems with present day U.S. immigration. However, the streamed video suggests that PewDiePie enjoyed the ability to be cruel in the game, failing to achieve the level of empathy that one would hope would result from the experience.

Though the Grand Theft Auto series has certainly caught some bad press for its ultra-violent themes, and treatment of women and minorities, it has been successful in presenting an aspect of the immigration crisis. Grand Theft Auto IV’s central character, Niko Bellic, is an undocumented immigrant, attempting to build a better, crime-free life in the U.S. He exemplifies the genuine desire for those crossing the border to have a fresh start, as well as the all-too-often reality that immigrants who are unable to cross legally may have limited means to escape poverty, and the struggles of ethics and morality that go along with their subsequent choices.

One of the recurring obstacles to combating prejudice in society is our inability to see our own privilege or have empathy enough to understand when certain language and behavior is damaging to marginalized groups. However, in order to set us on the right path, we sometimes need to find ourselves faced with examples of prejudice, and the consequences of it.

Police brutality and racial inequality are prevalent and divisive issues in the U.S. today. Even those simply exercising their right to silence, and peaceful non-engagement have been met with violence and prejudicial reactions. Life is Strange 2 is a striking example of how this issue affects minorities today. The episodic game begins when two brothers of Mexican descent run away from home after witnessing their father being unjustly shot dead by a police officer, who makes assumptions of violent behavior based on ostensible racial prejudice.

For those who don’t face the very real threat of this on a daily basis, examples in video games can help give valuable insight. Gamers who choose to play Red Dead Redemption as a character of color means that their story will be peppered with experiences of racism and hostile situations that white characters would not face. Though this may be era-accurate, it doesn’t highlight the more nuanced but any less damaging ways in which prejudice also rears its head in contemporary society. This is why it remains important to have diverse team members involved with development; to help present an authentic experience that has value.

Video games can be a valuable medium through which to present the social issues we face. While there is certainly a vocal subset of gamers on social media who proclaim such efforts as disproportionately “woke” or pandering in some way, to bow to this criticism is to suggest that video games aren’t an important cultural medium. More developers are beginning to embrace their responsibilities as creators of popular entertainment, and the ability to harness their platform as a force for good in the world.

8 of The Worst Things About Video Games 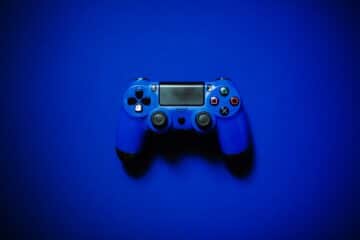