Diane Lane is PHENOMENAL in this. She delivers such a powerful portrayal of a mother who is dealing with the loss of her son. I am not sure where she was able to channel the raw emotion for many of her scenes. Kevin Costner is Kevin Costner. He is able to pick and choose the roles he wants and that allows him to star in films that are tailored for him. I talk about how much I enjoyed this drama and that I believe it deserves some awards recognition this year.

Listen in as I discuss this powerful film:

Following the loss of their son, retired sheriff George Blackledge (Kevin Costner) and his wife Margaret (Diane Lane) leave their Montana ranch to rescue their young grandson from the clutches of a dangerous family living off the grid in the Dakotas, headed by matriarch Blanche Weboy. When they discover the Weboys have no intention of letting the child go, George and Margaret are left with no choice but to fight for their family. 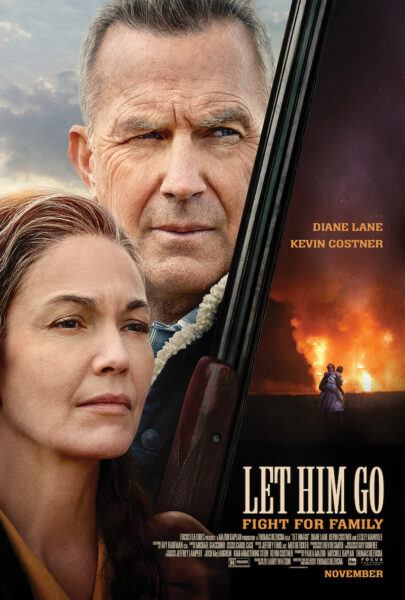 Focus Features will release LET HIM GO in theaters on November 6th, 2020.

3 DAYS TO KILL Trailer Follows That One Last Mission