I laughed out loud and cringed from the gore equally throughout the film. Travis Stevens continues to captivate and supply massive amounts of blood.

Barbara Crampton is as amazing in the film as Anna. The chemistry between Larry Fessenden is meant to play off of one another. If you haven’t watched Ted Geoghegan’s We Are Still Here, definitely make a point of checking it out.

Crampton has such a strong presence on screen, and dies in every film she’s in. I will always remember this role because of the scene where her character dances around the living room and picks up heavy furniture with ease. I think someone needs to give Crampton a music video.

As I mentioned, the amount of gushing blood is splatter-worthy. I think that you should consider playing a drinking game while watching. Take a drink each time someone is killed in a bloody manner. You will be intoxicated in short order.

Have fun and thank me later.

Check out the trailer below:

Anne is married to a small-town minister and feels like her life and marriage have been shrinking over the past 30 years. After a chance encounter with “The Master,” she discovers a new sense of power and an appetite to live bigger and bolder than before. As Anne is increasingly torn between her enticing new existence and her life before, the body count grows and Jakob realizes he will have to fight for the wife he took for granted. 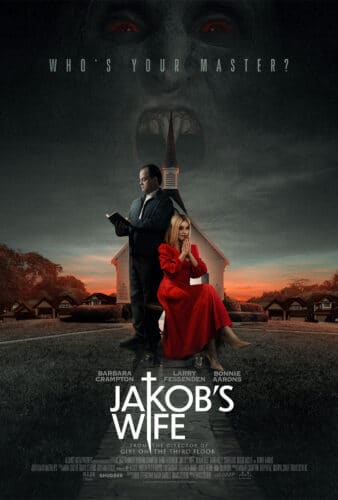