I’m in love with Squid Game, and was a big fan of Escape Room. One would think that I would enjoy Tournament of Champions.

They would be wrong. The concept of the two survivors coming back in the sequel and get involved in the game again. The concept has a solid foundation. 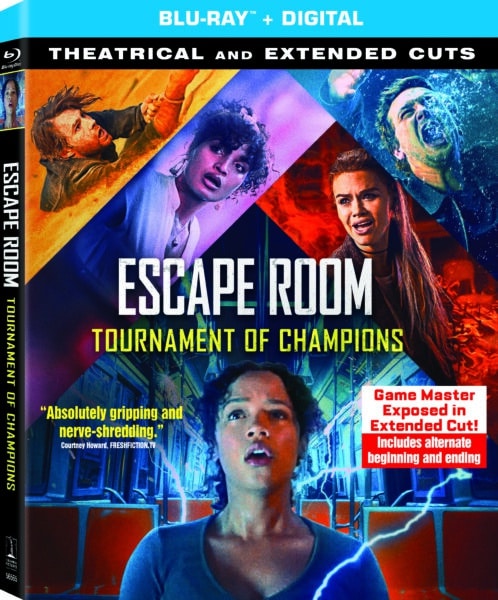 Tournament of Champions falls flat. I could care less about the majority of the characters because there is no character building in the film.

If you’re a fan of the first film, then this might be worth checking out. This would not be a purchase, but a rental.

The sound and picture of the 4K looked awesome on my OLED. Check out the special features below.

ESCAPE ROOM: TOURNAMENT OF CHAMPIONS is the sequel to the box-office hit psychological thriller that terrified audiences around the world. In this installment, six people unwittingly find themselves locked in another series of escape rooms, slowly uncovering what they have in common to survive…and discovering they’ve all played the game before.

The never-before-seen EXTENDED CUT, available on Blu-ray and Digital, reveals the masterminds behind Minos and features even more deadly escape rooms with over 25 minutes of all-new footage.
Special Features:

Escape Room: Tournament of Champions is available now on 4K, Blu-ray and VOD.