Snow White and the Huntsman Extended Edition, coming to Blu-ray Combo Pack, DVD, On Demand and Digital Download on September 11, 2012, from Universal Studios Home Entertainment. In honor of the release, here is a cool infographic for your viewing pleasure. 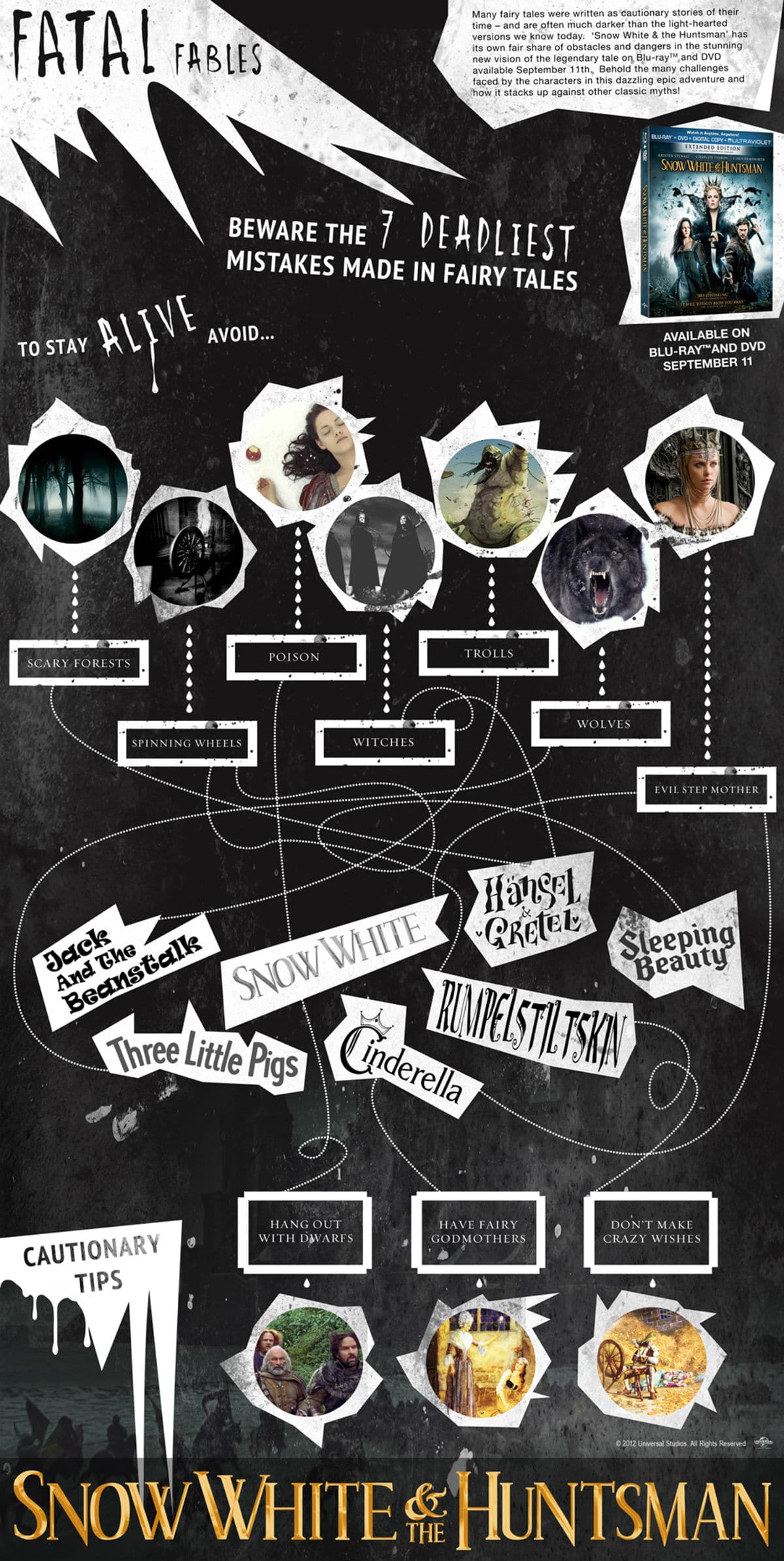 In this spectacular action-adventure, Kristen Stewart (Twilight) is Snow White, the only woman in the land fairer than the evil queen Ravenna (Oscar® winner Charlize Theron). Ravenna wants nothing more than to destroy her young rival, but she doesn¹t know that Show White has been training in the art of war with a huntsman (Chris Hemsworth) the queen dispatched to kill her. Together with a handsome prince (Sam Claflin) enchanted by Snow White¹s beauty and power, they assemble an armed force to recapture the kingdom. This breathtaking new vision of the legendary tale from Joe Roth, the producer of Alice in Wonderland and acclaimed commercial director and state-of-the-art visualist Rupert Sanders is, in the words of Shawn Edwards, Fox-TV, “A film that soars with creativity, stylistic genius and amazing battle scenes.”

Enter to win the Blu-ray HERE

Bonus Features Exclusive to the Blu-ray

Universal’s Second Screen: An innovative viewing experience that allows viewers to control, interact with and explore Snow White and the Huntsman with groundbreaking features on a networked tablet or computer, in synch with the movie on the television screen!