In honor of the March 11th Blu-ray and DVD release of Out of the Furnace we’re taking a look at some of the most distinctive styles of the chameleon actor.

In Out of the Furnace, Bale plays Russell Baze, a down-on-his-luck steel worker in a small town in Pennsylvania. The long, stringy hair, unkempt facial hair, oversized clothing and conspicuous neck tat make him look the part of a working class hero who may have had one too many run-ins with the law.

Read our review of Out of the Furnace.

Bale had big shoes to fill when he stepped into the caped crusader’s costume in 2005 for Batman Begins, but his performance ended up being so remarkable it breathed new life into the iconic character. He bulked up to bring a heroic physicality to the role without seeming out of place in one of Bruce Wayne’s designer suits.

Read our review of The Dark Knight Rises.

The usually svelte Bale really let himself go for his Oscar-nominated role as Irving Rosenfeld, a smarmy, middle-aged grifter living in 1970’s Long Island. From the film’s first scene where a portly Bale spends an uncomfortably long amount of time making sure his greasy comb-over is coiffed just right, you know this isn’t the Hollywood hunk we’re used to seeing.

Read our review of American Hustle.

In 2004’s The Machinist, Bale plays a factory worker driven insane by chronic insomnia. Through the course of the film, the character loses weight due to his lack of sleep, which required Bale to take an extreme amount of bulk of his usually-strapping frame. 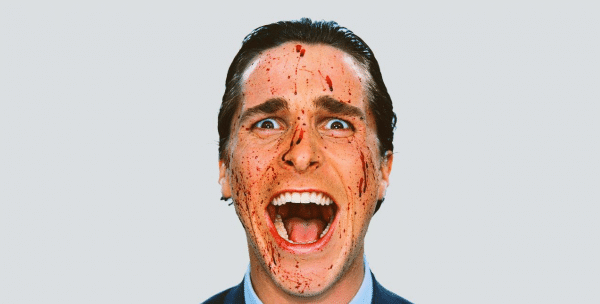 Tailored suits aren’t exactly novel costumes for the roles that Bale has played, but none have been splattered in quite as much blood and gore as those that Bale wore in his role as Wall Street investment banker turned serial killer Patrick Bateman in 2000’s American Psycho. The character’s vanity also required Bale to get into top physical shape, best displayed in the film’s famous tanning bed scene. 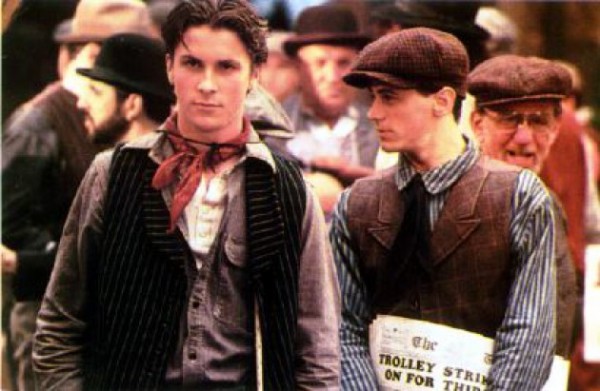 Sometimes it’s easy to forget that Christian Bale started his illustrious career as a teen heartthrob, and 1992’s Disney musical Newsies was his big break. Jack Kelly’s disheveled wardrobe and signature red neckerchief were the height of 1890’s cool. 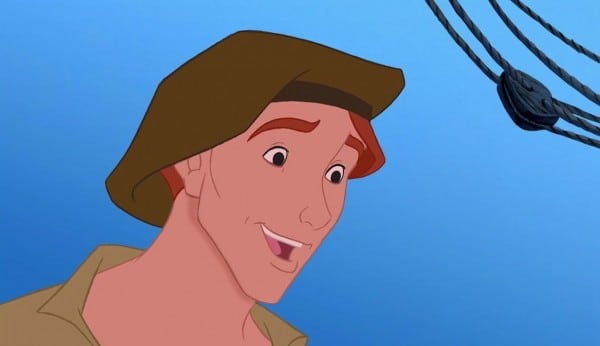 Perhaps Bale’s most extreme transformation to date was in Disney’s 1995 feature Pocahontas. The role of Thomas, best friend of Captain John Smith, saw Bale altered into a breeches-wearing red-head. Let’s hope Bale doesn’t try to recreate this look on the red carpet any time soon!

Check out Bale’s look (and his incredible performance) in Out of the Furnace, available on Blu-ray and DVD on March 11th.

Music Monday: FROZEN'S "Let It Go" by Idina Menzel at The Oscars

The Origin Stories of Gotham City

Christian Bale – The Many Looks of a Chameleon Actor

Win an OUT OF THE FURNACE Blu-ray Combo Pack