The Gravity soundtrack arrived in stores on September 17. Alfonso Cuarón‘s Gravity is getting some amazing press from movie critics and fans. The film stars George Clooney and Sandra Bullock and opens in theaters on October 4th. Steven Price scored the intense soundtrack. He has done the soundtracks for Joe Cornish‘s Attack the Block and most recently Edgar Wright‘s The World’s End. Price has also served as producer on such soundtracks as The Lord of the Rings and Batman Begins. His past work is great, but the soundtrack for Gravity will truly catapult him into a totally different level of composers.

The music is heavy-hitting from the first track, Above Earth, and continues the intensity throughout the rest of the tracks. Above Earth starts off very low and builds up to booming bass and other unique electronic sounds. I couldn’t help but think of the score for The Thing, which kept a steady stream of tension from beginning to end. The second track, Debris, is one of my favorite tracks because it has a steady rhythm throughout the beginning and then starts escalating until an explosive conclusion.

The Void is another of my favorite tracks. It gives a sense of hopelessness, that is over 6 minutes long. It made me feel as though I was all alone in deep space with only the light of the earth. It is a pretty intense track that will have your heart pounding because of the heavy bass lines and the mix of eerie string sections.

Parachute has a very somber tone at the beginning, which is almost calming compared to the intensity of the past tracks. I love the string section, and piano for this piece along with the reverberation of the other instruments used. Parachute gives may have started off soothing but then becomes extremely intense near the end of the track. It gives a feeling of moving at a high rate of speed because of the pacing of the track.

The final track, aptly titled Gravity, give you a sense of hope and makes you feel

If you were to buy one soundtrack this year, I highly recommend Steven Price’s Gravity soundtrack. It immerses you and takes you on a roller-coaster ride of emotions. The soundtrack is relatively long, clocking in at 72 minutes, so it is well worth the money. You can buy the soundtrack on Amazon today. 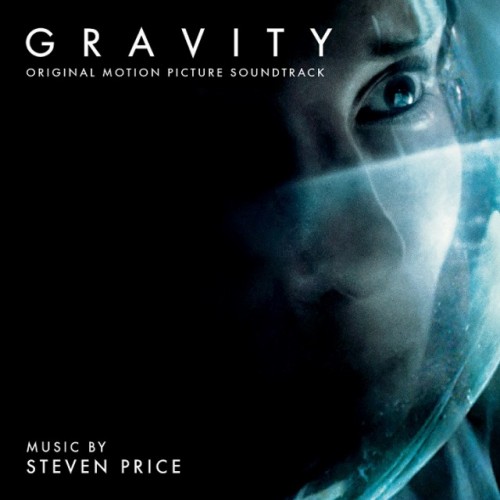 Listen to the Gravity Soundtrack thanks to WaterTower Music:

Battle of the Batmans: Which Actor Played it Best?

Alexander Payne’s THE DESCENDANTS gets a new trailer