What do you pay attention to most when watching a movie? Some might say the actors’ performances, others might say the costume design. Audiences might also argue that a film’s score is crucial to pushing the story along and telling the viewer what they should feel at any given moment.  Expanding on this topic, unless you study film composition, most people don’t realize the many layers that go into making an effective film score. Especially a horror film score. In order to learn more about this subject, we spoke with accomplished composer Chad Rehmann and had him dissect his latest score to Shout! Factory’s recently released Camp Cold Brook.  He talks about everything from orchestra recordings in Budapest to getting field recordings of camp sounds. Read the full interview below.

Camp Cold Brook is a mix between a slasher flick and a paranormal investigation film. Each of these subgenres has a specific musical style. How did you decide which one to pick for this project? While Camp Cold Brook does have some elements of a slasher film, I think because the antagonist doesn’t have much screen time and the kill count is quite low when compared to other slashers, that it just felt like the score needed to be more of a slow burn. The music that’s in the film was the product of a lot of trial and error and not even close to what I originally thought I was going to do! Because children play such a big part in the film, I planned to have a score that used primarily childrens’ voices in some way or another; however, every time I put it to picture it just didn’t work. It was too much. Andy (dir) and I had talked about using objects that could be found in a summer camp for the score as merely accents here and there, little did we know that concept became the primary compositional tool for a majority of the score.

Do you have a personal favorite between these 2 subgenres? If I had to choose, it would be the psychological thriller/investigation film. There is the grandiose nature of a slasher flick that is fun to play with; however, in my experience, films like Camp Cold Brook give me a little more room to let the score breathe. Sometimes there is such a ramping up and down with slasher films that I feel as though one minute I’m writing hardly anything and then 2 seconds later I’m at full throttle! Don’t get me wrong, that can be a blast, but thrillers seem to have a little more space in the middle of “nothing” and “everything” that’s fun to explore.

Do you have a scene that stands out the most for you in Camp Cold Brook? There is a campfire scene in the film that was interesting to score. It’s a moment where all of the horror subsides and a simple conversation between two people takes place – it’s a great break in the film, and it gives the score a chance to settle down before ramping back up again. There are a couple of twists later in the film that caused some undertones to be alluded to in the conversation (will spare you the spoiler alert!), so it was fun to musically plan out a scene where both character’s are understanding the conversation completely different from the other. 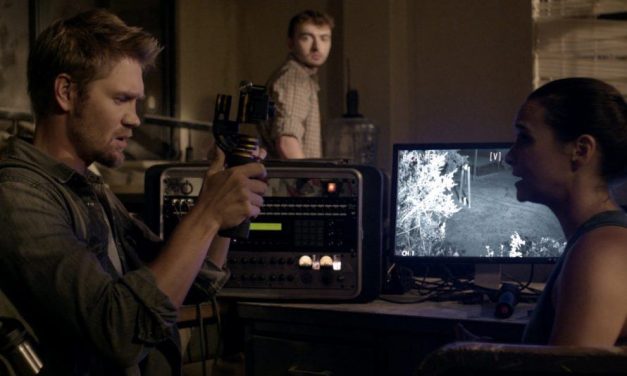 You have worked with director Andy Palmer on a few different films now. How much of a ‘hands on’ approach does he take with the scores of his films? This was Andy and my fourth film together, and every time is a blast because he is so open to pushing the boundaries of what a score can do. Andy has always given me a lot of time to experiment with the score, often getting me involved in the script stage to start generating ideas. Instead of giving musical direction (more violins, put a trumpet in there, etc), Andy is very good at talking to me as if I’m an actor – always returning to the story and the characters. Telling me, “We need the audience to be feeling x at this particular moment” is WAY more helpful than, “Let’s put a flute in there, because I need it to sound more flowery”.

What would you say contributes most to making a horror score sound eerie? Silence. Early in my career I had the tendency to overwrite, and over the years I’ve come to appreciate how silence and simplicity can be just as effective. There were many times in this film where a few cello squeaks were all that was needed. If the script works (shout out to Alex Carl for creating some great characters!) and the main actors are strong (shout out to Chad Michael Murray, Danielle Harris, Michael Eric Reid, and Candice De Visser) sometimes we composers just need to get out of the way – of course, other times we need to pull every tool out of our arsenal! For a horror score especially, the director is creating a world that the audience has never encountered before. As a composer, one has the opportunity to establish what this world sounds like. If a composer is given this chance, I encourage them to try everything! You’ll know when you stumble upon the right tone!

What was the hardest part of creating this score that people might not realize of know? Organization! My team and I recorded an orchestra in Budapest, children singing in Los Angeles and field recordings of camp sounds, all while communicating with the production team in Oklahoma. It went off without a hitch, but I’d be lying if I didn’t admit that there were a few moments of, “Where the hell did we put that file?”

Are there reoccurring notes that Andy gives you when you all work together on different projects? I can’t think of one, except that we are always conscience of the thin line that exists in the horror world between what is scary and what is cheesy. Sometimes it’s a very difficult line to find, but when we see/hear it we know we may have crossed it!

Now that this film is out and people are seeing it what are you most proud about this project? This was the first score that I’ve written that relied heavily on instruments that were created for this specific production. Before a note was written, my team and I spent a couple of weeks processing recordings that we had made of splashing water, twigs breaking, windows creaking, swing set chains, static from walkie-talkies and similar objects. I even recorded my own children screaming (which they absolutely loved doing in the studio!). Blending all of that with traditional orchestral writing was definitely a challenge, but one for which I am extremely proud. It’s one of the reasons that I pushed to get the soundtrack released (shameless plug: physical copies at chadrehmann.com and on all digital and streaming platforms).

Can you tell readers why they should go see Camp Cold Brook? Creepy kids, strange symbols, a witch, tons of Joe Dante Easter Eggs and Chad Michael Murray and Danielle Harris – what more could you possibly want?!? 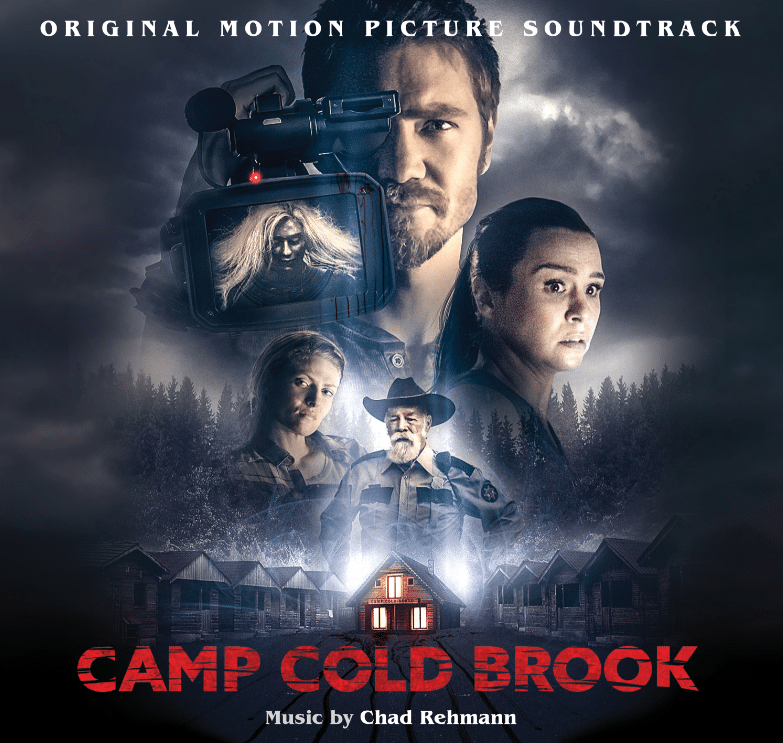 Cyborgs Used To Be Science Fiction - Now They're Here