Jerry Juhl and Jack Burns penned the script that tells the story of the origins of The Muppets. It starts off with a premiere of the movie on a Hollywood studio lot. Kermit the Frog, Fozzie Bear, Miss Piggy, Gonzo, Animal, and The Muppets embark on an inspirational and laugh-filled road trip to follow their Hollywood dreams. Along the way they meet a frog-leg merchant (Durning) that wants Kermit.

For a film that was released in 1979, the Blu-ray looks fantastic. I have seen the film a few times from when I was a kid and then again as a teen. This is my first viewing as an adult, and not only does the film look better than I remembered, I realize that there are so many jokes that I missed.

The Muppet Movie and all of the subsequent Muppet movies are perfect to watch for the entire family. “Rainbow Connection” is one of my favorite songs from The Muppets, and there are so many classic songs throughout.

I love the relationship between Kermit and Fozzie, but each of the characters is wonderful. Jim Henson was a true master of puppeteering, and his legacy lives on.

Now is the perfect time to buy the Blu-ray, which features never-before-seen bonus features (listed below). As I mentioned, the picture quality is superb for a film from the 70’s. The colors are so vibrant, and the picture so crisp. The sound mix is a 5.1 surround, but since this is not a action film with lots of explosions the sound is truly second fiddle.

The special features for the Blu-ray are perfect for collectors who want more from the film. 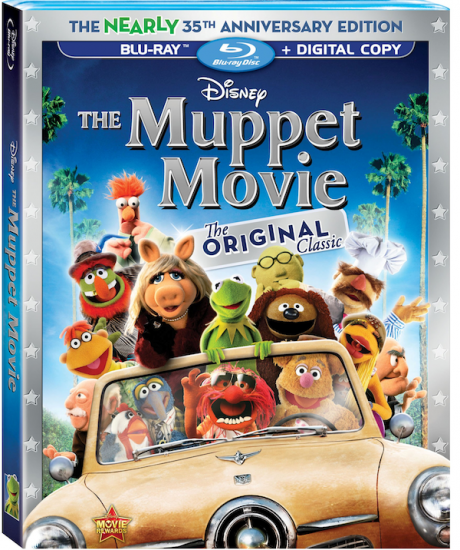