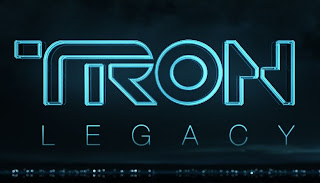 It looks like Tron 3 will have a teaser included on the Tron Legacy DVD and Blu-ray. Up until now there had only been rumors of the teaser being included in the disc, but today a lot more details were released showing that the rumor was true. Beware, the info may contain spoilers so continue reading at your own risk.

AICN  received some details from someone who is supposedly at the shoot. According to their inside source there will be at least three scenes. One scene will have Bruce Boxleitner playing Alan and Dan Shor playing Ram. Another of the scenes shows Olivia Wilde as Quorra as she arrives at the ENCOM building, where she is greeted by tons of press as she claims to have spoken with Kevin Flynn (Jeff Bridges). Finally there have supposedly been some test shots done featuring interaction between Ed Dillinger (played by David Warner in Tron) and his son (played by Cillian Murphy in the Tron Legacy cameo) “stating that everything is going as planned.” Harry from AICN reported that this “involved text screens,” so the actors may not be seen or even heard.
I may be one of the only ones that is actually quite excited about more Tron!  While it still did decent at the box office, many hardcore fans have turned their back on the franchise. Hopefully the script issues will be dealt with in the third film.

Tron Legacy is set fore release on DVD/Blu-ray in the UK on April 11., but as of now there is not a US release date. We will let you know when that date is announced.

The question of whether or not there will be a Tron 3 is still there because as it states on AICN the scenes were shot last year before Tron Legacy was released. It does seem odd though that Disney would include the scenes on the DVD release if there were not going to be a third film.

It has only a $330 million dollar worldwide box office so it has not been profitable. The key here is the money that can be made from the merchandising. Disney is the king of merchandising so I have a feeling they are making a lot of money from that. I wonder if it is enough to warrant more Tron, I certainly hope so.

Check out the images below from the set of the teaser and be sure to visit AICN for more details. 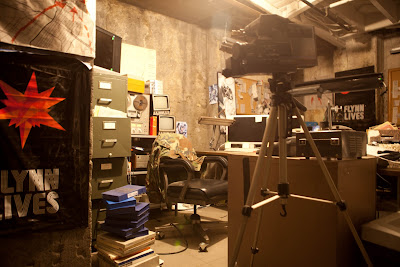 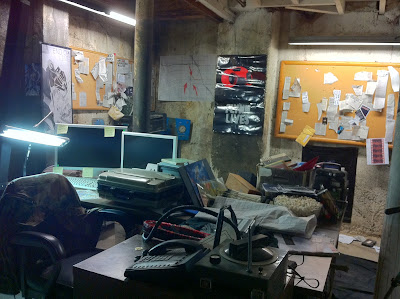 Happy Day, A TRON: LEGACY Sequel Is On It’s Way!