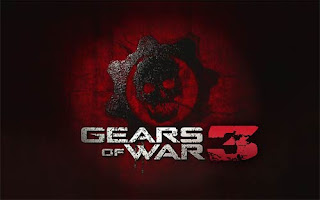 Today there was some good news for fans of Gears of War, we now know the release date for Gears of War 3!

Microsoft’s Graeme Boyd revealed this morning on his twitter account that the highly anticipated Gears of War 3 from Epic Games will get its worldwide launch on Xbox 360 will be September 20, 2011. Well, except for Japan, they have to wait a couple days. It will hit Japan on September 22nd.

Synopsis:
Eighteen months after the fall of Jacinto, the Gears have moved to the island of Vectes and are living aboard a converted aircraft carrier called the Raven’s Nest. The government disbanded and the imulsion that powered Sera’s cities has infected and mutated members of the Locust, causing them to become Lambent. The Lambent are evolving into a new enemy that threatens both the Locust and humanity. The Stranded also live on the island along with other survivors from E-Day.
According to Cliff Bleszinski , the game will “answer the majority of the questions that players have about the history of the world and what’s going on”. The story is being written by science fiction author Karen Traviss, who has authored three Gears novels and is working on the next two. Epic revealed that Clayton Carmine, brother of Anthony and Benjamin, of the previous two games, will appear in Gears of War 3. A vote was held between July 29 and September 6 to see if Carmine will live or die, based on Xbox avatar T-Shirts available for purchase on Xbox live. Additionally, real life t-shirts were available from San Diego Comic-Con with all purchases counting towards the vote. The voting campaign raised over $150,000, which was all donated to Child’s Play.

The Cult's "Go Outside" featuring Emma Roberts and Dave Franco