A Good Day To Die Hard has arrived on Blu-ray, DVD and Ultraviolet. The fifth installment in the Die Hard franchise brings the fictional father and son together for the first time on-screen. What could have been an epic action-adventure film lived up to the bad word-of-mouth to be the worst film in the franchise.

John McClane is one of the most iconic characters in action films. No matter what he does, he can’t escape trouble and is always in the wrong place at the wrong time. In A Good Day to Die Hard, McClane battles enemies on foreign soil in Russia. The story starts when his estranged son Jack (Jai Courtney) becomes embroiled in the daring prison escape of a rogue Russian leader. Father and son must work together to stay alive and kill the bad guys. 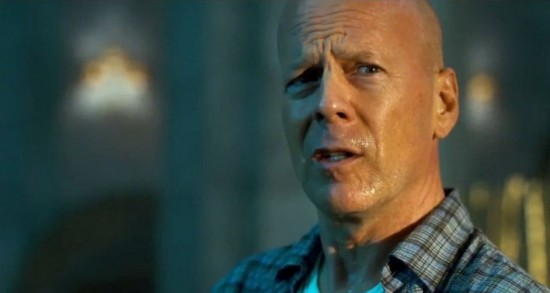 The marketing campaign was far superior than the actual film. So much was given away from the numerous trailers and featurettes that audiences had seen the majority of the film before theaters. On top of that the film has the least enjoyable story of any of the DIe Hard films. I could care less about the father son dynamic because his son is not a character from past films.

There is nothing at stake for fans because the character development is lackluster. The dynamic between father and son is downright silly. It got very old quickly that the son continually called the father by his first name. I know it was an attempt to show the strained relationship, but it seemed forced.

I thought that McClane jumping off of the wing of a jet in the fourth film was bad enough, but A Good Day to Die Hard surprisingly tops the past films with even more ridiculous situations. When I watch an action movie I am the first person to remind others that you go to an action movie to see action and the script is secondary. A decent script at least helps. The film does not have that, but it does have plenty of action, so if you want action you definitely have it. I recommend you skip this Blu-ray and opt for any of the prior Die Hard movies for your action fix. 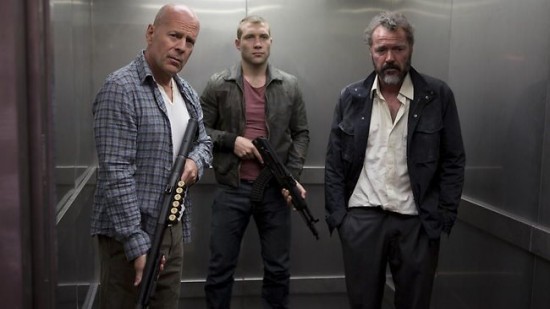 This is likely the best looking Die Hard film to date. Dark, grainy filters have added to the overall tone of the film. It may not be for everyone, but this is a completely different look than has been seen in any other film in the franchise.

The sound mix is spectacular, and really brings the film to life. The bullets sound as if they are whizzing by your head. The explosions sound as though they are happening right beside you. The Blu-ray features a DTS HD 7.1 sound mix, which is hopefully the route that films will be heading in more often. The sound quality is definitely superior to the industry standard 5.1 sound mix. Definitely worth the price of admission.

Spoiler Forum - What did you think of MAN OF STEEL?

Win A GOOD DAY TO DIE HARD on Blu-ray