Watching an episode of New Girl without laughing is pretty much impossible. With Schmidt’s crazy antics and Jess’ perky personality there’s bound to be at least a few good one-liners in each episode. Although it’s hard to narrow down the options, below are the ten best quotes from season two.

The romantic tension between Jess (Emmy® Nominee Zooey Deschanel) and Nick (Jake Johnson) escalates in the hilarious, quirky second season of “New Girl” — but will they ever hook up? Meanwhile, Schmidt fails to be hip, Winston isn’t “prepared” for a hot date, and Nick faces a death in his dysfunctional family. While Jess does her best to replace Cece on a modeling job and a drunk Elvis impersonator at a funeral, Schmidt and Winston hope to rearrange Cece’s arranged marriage. Relive all 25 outrageous episodes featuring guest stars like Jamie Lee Curtis, Rob Reiner and Dennis Farina, and enjoy fun bonus material — including the extended version of the hugely popular “Virgins” episode — only available on the DVD.

Jess: “I am throwing Cece’s surprise bachelorette party here tonight, and the only males invited are strippers, so oil up or get out, guys.”

Schmidt: “Please take that off, you look like a homeless pencil.”

Nick: “I’m just trying to figure out the level of Elvis impersonator we can afford. I think a white one is out of reach.”

Schmidt: “Maybe none of us should go to this funeral. The early buzz on this thing is it’s gonna be a real drag.”

Jess: “I don’t want to kiss and tell, but I ruined my dresser during intercourse. Will you go to Ikea with me?”

Nick: “I can’t believe I’m the sober one. That’s actually never happened before in my life.”

Schmidt: “You are a gynecologist and a lesbian. This makes you a vagenius.”

Jess: “If any of you cross me, I’m gonna kick the testicles clean off your bodies! Clean off! You’ll look like Ken dolls down there!”

Nick: “If you were a hat, you’d be a top hat, but like a really big Monopoly one. And I say that with deepest compliments.”

WB teams with J.K. Rowling for Fantastic Beasts and Where to Find Them Film Series 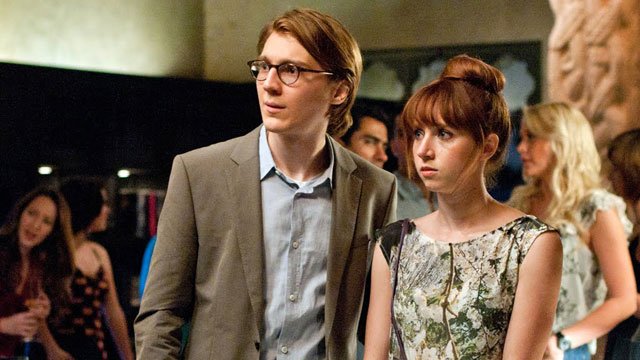