Animated films are typically hit and miss for me. It all depends on a combination of the quality of animation and the voice acting. I think that these two elements are on equal ground because no matter how good a film’s animation if the voice cast is not good than the characters will not come to life. The Croods has all of these elements plus a great story that the whole family can enjoy.

Arriving this week on Blu-ray, DVD and Digital Download,  has plenty of special features that make it a disc worthy of adding to your collection. The Deluxe Edition includes a Belt plush toy for a limited time and more than an hour of bonus features that take you inside the film. Learn to draw the characters with some unique interactive features.

Written and directed by Kirk DiMico and Chris Sanders, The Croods features the voices of Nicolas Cage, Ryan Reynolds, Emma Stone, Catherine Keener, Cloris Leachman, and Clark Duke. The film is set during the times of cavemen and follows Grug (Nicolas Cage) and his close-knit family living their idyllic life during prehistoric times.  Grug’s daughter Eep (Emma Stone) ventures out of the families hunting circle and meets a nomad (Ryan Reynolds), who warns of an impending earthquake. The earthquake demolishes the family’s cave but opens unto a new and exciting world. Grug and his family are forced to embark on an adventure to find a new home. The Croods meet up with the nomad again and Grug and he but heads. The quirky nomad wants to move forward into a new “tomorrow” while Grug is stuck in the past.

Nicolas Cage movies have mostly been bad as of late. I actually like him doing voice work, he is perfectly cast as Grug and is a big part of what makes the film enjoyable. Ryan Reynolds plays the nomad and Emma Stone Grug’s daughter. The two play well off of one another which is pretty cool especially seeing as how the majority of voice work is done alone in a booth. Cloris Leachman has such a unique voice and is a personal favorite of mine from Mel Brooks’ films.

The detail of the animation is amazing. From the intricate details of the various creatures to the weathered look of the rocks. When The Croods arrive in the new world the explosion of colors reminds me of the beginning of The Wizard of Oz when it changes from black and white to color. Obviously it is not that drastic, but audiences will feel the tone change from muted to vibrant.

In the new world there are so many cool creatures (which can be seen in the bonus features) Sabre tooth kittens, punching monkeys, walking whales, and piranhakeets make the landscape of the new world.

Here is a list of the special features for The Croods: 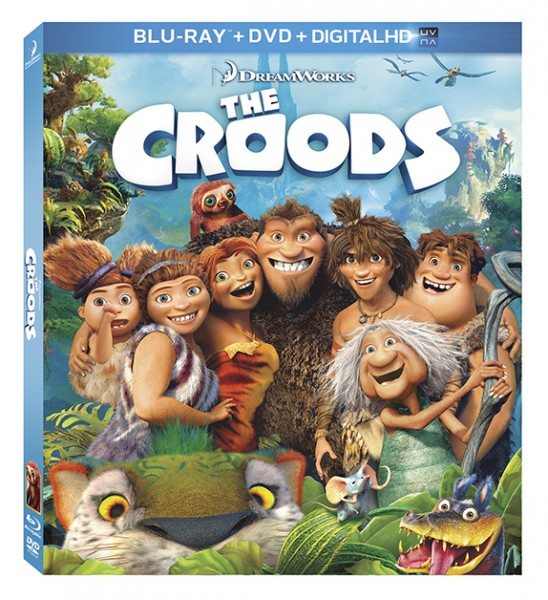 The Croods is a journey worth taking, get it in stores today.

First trailer for I, FRANKENSTEIN