There’s a bold ugly truth in the internal conflict of Scott Weidemeyer (Sam Edison) and the truth as we all know can be harsh to embrace and shattering for those who feel secure in their fantastic identity they’ve adapted out of false necessity. Unflattering, pulling no punches and reflecting what most people try to hide or forget. Scott knows this reflection in every sense, it’s his security blanket defense mechanism and his shameful approach to survive from the harsh realities of life. Zero Charisma is from Austin filmmakers Katie Graham and Andrew Matthews, their goal isn’t to glorify or sugarcoat Scott’s lifestyle and there’s a personal relationship that comes across in the script that expresses people that know this culture inside and out.

Scott wears his ego bruises like battle scars that ideally should be a reminder to learn from his mistakes, however that just wouldn’t be true to Scott. This film explores the dark side of nerd culture brutally in a way that certainly network sitcoms don’t really have the balls to do. Scott is essentially our tour guide through the underbelly of his ideal fantasy that protects him from his hopeless existence. He’s not below doing anything to protect his fantasy, even if that means keeping his friends enslaved to cement his superiority and sense of leadership.

Scott isn’t a nerd because it’s hip to be one these days, it’s more of a crutch to him like placebo. It’s his blessing and his curse as everyone in his life is holding up the mirror to tear down his livelihood and practically does everything to force him to look at it but hold him at gunpoint and even then he wouldn’t really care. Scott might be comfortable with who he is but is still a ticking time bomb waiting for the spark to ignite his pent up frustration and fury. That spark is named Miles (Garrett Graham), the tourist and social parasite. He’s the geek that it’s hip to be like and when it’s conveniently fitting for his social climbing agenda. He likes his micro six pack and loves to show off his trophy hipster girlfriend Kendra (Katie Fogler) who he constantly brags about having daily sex marathons with. He is the bane of Scott’s existence and his perfect nemesis. The buried sociopath comes bubbling to the surface as Miles takes his place with his friends and foils his entire livelihood. Everything that Miles shows off is a blow to Scott and he sees right through the facade as he desperately spirals out of control.

There’s a dark tone that hangs over the proceedings like a black cloud sporadically raining humor in the form of Scott’s humiliation. The board game sequences are vibrant and leaves much to the imagination while adding imaginative music and inspiring narration. Scott is not above cheating if he feels it’s for the greater good. His monkey wrench is his social awkwardness that prevents him from getting credit for his work and we sense his frustration as he attempts to correct situations the wrong way. Miles’ girlfriend is an equal thorn in his side as she shamelessly flirts to take advantage of his sexual insecurities. For better or worse it is his passion that drives Scott and his humanity shines his faults and vulnerability to his humiliation. Mean when he feels the need to be, which is often but mournful although misguided.

Nothing is superficially trivialized in the end. Things never really get better for Scott and there’s no lessons he’s willing to learn. It’s a virtue of passion and dark exploration that doesn’t cheat Scott out of who he really is and we are shown the glory and tragedy of culture obsessions in it’s alienating moment of hard hitting truth.

BLUE JASMINE May Strike Gold at the Oscars 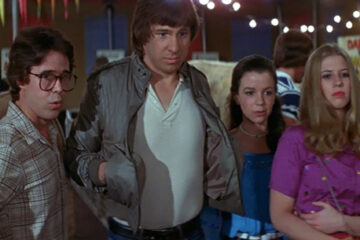 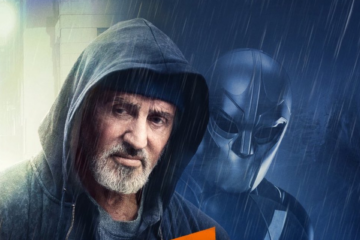