Man of Tai Chi is out on Blu-ray and DVD after a limited run in theaters. Directed and starring Keanu Reeves, it also stars Tiger Hu Chen, Karen Mok, Simon Yam, Hal Yu, and Iko Uwais. If you love explosive fight scenes that will leave your mouth agape, then this is the movie for you. Unfortunately we have to come back to reality during the scenes in between which are rather boring.

The film follows a young martial artist (Tiger Chen) who is learning the art of Tai Chi under the tutelage of Master Yang (Hal Yu). Chen competes in martial arts competitions and is able to defeat aggressive opponents with ease. Chen lives a balanced life with work and studying Tai Chi. He works hard trying to improve his station in life by learning English.

After winning a tournament he is sent a mysterious letter offering him a job.He arrives at the interview and whisked away in a jet to an undisclosed location. He is told to wait in a room until the interview and is mysteriously attacked by an unexpected opponent. Upon successfully beating him, Chen is offered a job fighting for an underground fight club for an insurmountable wealth by Donaka Mark (Reeves). He initially turns down the job, but reconsiders when Master Yang’s temple is in jeopardy of being demolished.

Chen agrees to fight so he can earn the money to save the Temple. He begins fighting and winning and earning lots of money. The brutal fights begin to transform Chen from a disciplined fighter into a vicious monster. The fight club is under investigation by a determined detective (Karen Mok) who offers Chen a way out by helping to bring Donaka to justice. Will Chen be able to survive and save his temple.

There is no denying that Keanu Reeves has a commanding screen presence, but Man of Tai Chi is not his best work as an actor. Granted he was pulling double duty by directing and starring in this action thriller. His scenes are the worst parts of the film. Fans of the star are used to some of his life-less facial expressions, but Man of Tai Chi takes it to a new level.

I grew up watching Kung-Fu Theater on USA every Sunday. Movies have come a long way from the high flying fight sequences. The wires are still there, but the fluidity of the action is much cleaner. These fight sequences are amazing. The vibrant colors add to the style of the fight sequences. 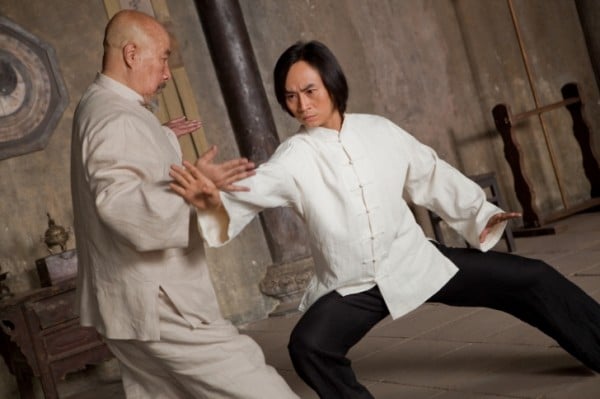 The choreography of all the scenes is pretty amazing, but a few scenes stand out. The best parts are when Chen is sparring with Master Yang and the fight sequence between he and Donaka at the end. The action bits in between are equally pleasing. but the non-action scenes failed to hit the mark. The concept is slightly unique, but it is held back by sub-par dialogue and unfortunately Reeves’ acting. I would have been happier if Reeves had stayed behind the camera the full time.

The video and sound quality are what you expect from a Blu-ray. The high-definition video transer is clear and crisp. The dynamic sound mix is bolstered by a DTS 5.1 master audio track. The special features are almost non-existent. 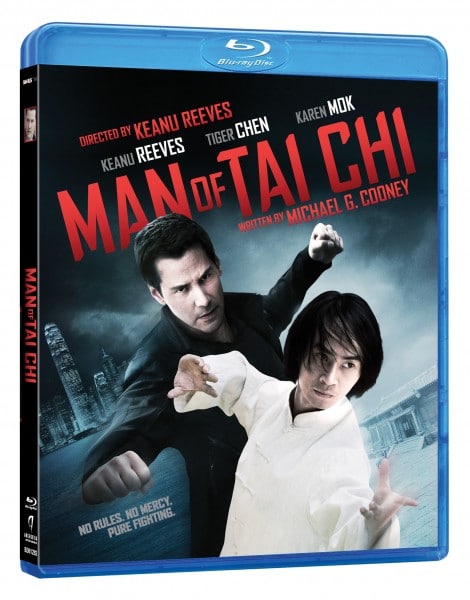 I would recommend renting Man of Tai Chi instead of buying it. If you are so inclined you can buy it on Amazon today.

Win THE SIMPSONS Season 16 on Blu-ray