Rose Byrne has developed into one of Hollywood’s most versatile actresses. The Australian beauty has played numerous roles, from her goody-too shoes portrayal of Helen in Bridesmaids, to her roles in horror films like 28 Weeks Later and Insidious, she has shown the ability to effortlessly transition from one character to the next.

In Neighbors, Rose Byrne plays Kelly, the loving wife to Mac (Seth Rogen) and mother to their adorable baby Stella (Elise & Zoey Vargas). While it’s Rogen that’s typically knownfor his comedic chops, Rose more than holds her own in the film, often stealing scenes from the rest of the hilariously funny cast. The great thing about Rose playing Kelly, is that she gets to break the typical Mom and wife mold seen in most raunchy comedies. Instead of being the responsible adult who always looks to straighten out her kids and goofball husband, she’s often taking part and even playing a leading role in the debauchery that takes place in the film.

In celebration of the DVD & Blu-ray release of Neighbors on September 23rd, we take a look back at the moments that made Rose Byrne our girl crush.

One of the most memorable scenes from 2011 comedy hit Bridesmaids is the scene in which Annie and Helen are giving toast speeches at Lillian’s cocktail reception to celebrate her upcoming wedding. Annie & Helen trade off giving increasingly ridiculous toasts to the bride, in an effort to out-do one another. The fact that Byrne is able to hold her one, and even one-up the ever-funny Kristen Wig served as a testament to just how funny she could be. 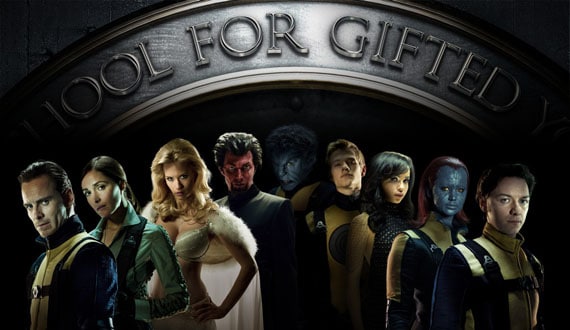 2011’s X-Men: First Class served as a rejuvenating entry for the X-Men film franchise. The introduction of new characters, along with a new era and setting helped to reinvigorate the franchise. Much of the success if then film can be attributed to the stellar cast that assembled to bring the iconic comicbook characters to life. Rose Byrne plays the role of Dr. Moira MacTaggart, a genetics doctor who is willing to do whatever it takes to get answers.  In what is one of the risqué scenes of her career, she smoothly and seductively works a room of politicians in nothing but lingerie. Her persistence pays off, as she is able to sneak away from the party and get the answers she needs. 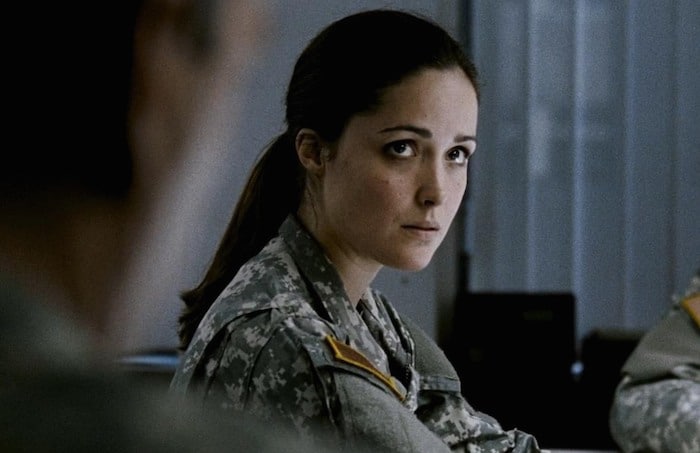 Rose Byrne plays Scarlet, an Army doctor helping to rebuild Europe after the outbreak of the Rage Virus in 2007’s zombie film, 28 Weeks Later. The follow up film to Danny Boyle’s classic 28 Days Later is viewed as one of the better horror sequels of all time. A large reason the film being so widely loved is the on-screen charisma of Rose, as well as the break out performance of Jeremy Renner as Sergeant Doyle. Amidst the chaos of the zombie outbreak in the film, Scarlet shows she’s a tough cookie as she disposes of an infected soldier with a well timed headshot. This is hardly the first time Rose has handled a gun, as you will see in the next entry. 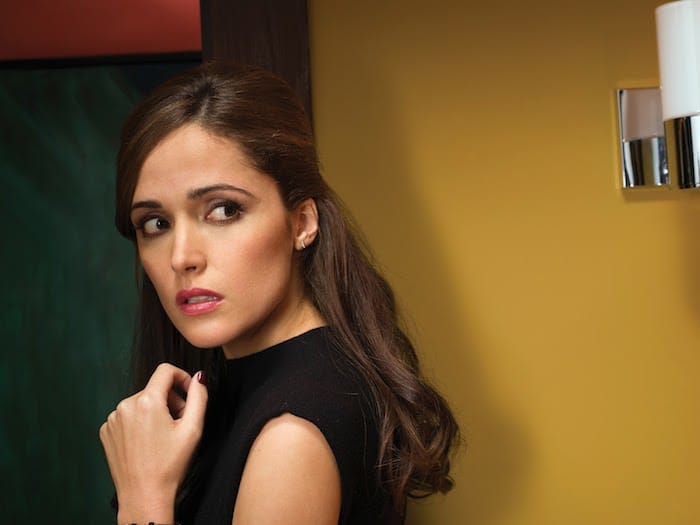 Rose Byrne became a household name with her portrayal of Ellen Parsons in FX’s hit series, Damages. Despite acting alongside one of Hollywood’s most iconic actresses in Glenn Close, Rose had a number of outstanding scenes that proved to audiences that she had one of a kind talent. While her character at times was that of a victim in the show, there wasn’t a more powerful scene than when she took a stand against domestic violence and protected her mother from her father, offering to shoot him in any limb he preferred.  Her pointing a gun at him and emphatically telling him to “get the f*ck out” was one of the most talked about scenes from the show.

7 All-Star Ensemble Casts and Their Films