IFC Midnight’s indie horror film, The Wretched has become a sleeper hit since it’s release on May 1st, raking in over 1.5 million dollars.  The film, directed by The Pierce Brothers, follows a defiant teenage boy, struggling with his parent’s imminent divorce, as he faces off with an old witch who has possessed the neighbor next door.  A big reason for the film’s success, drive-in theaters. When regular movie theaters shut down because of the virus, IFC creatively looked to drive-in theaters as an alternative viewing option and their experiment greatly paid off. The Wretched was #1 on the box office charts for six straight weeks. With the recent announcement that the film would be released on DVD August 11th, we decided to speak to the film’s composer, Devin Burrows and learn about what his creative process for creating the score was.

Now that The Wretched is out and critics have reviewed the film, is there anything that they picked up on that you hadn’t noticed or thought about?

Yes! The response has been amazing! Several critics have pointed out some of the movie throw-back film references in THE WRETCHED, like JAWS and REAR WINDOW. A few references didn’t even occur to me, like INVASION OF THE BODY SNATCHERS. The film and score have had a considerable response from fans and journalists. I’m feeling a strong sense of gratitude about the entire experience.

Were there any tracks you created for the film that didn’t make the final cut? If so, can you talk about those?

There are a few brief cues that fall into that category. There is a scene where the mother Abbey walks into the woods, seemingly possessed by some kind of sinister spirit; we opted to remove a portion of that music. There are no egos in this business; it’s all about doing the right thing for the story. The film is better as a result of those types of compromises; fans will get to enjoy that previously unheard music on the soundtrack!

When creating a score in the horror genre what are some of the most important elements that must be included?

I love to break genre rules! Creating something fresh and non-formulaic for each project is something I strive to do. We did want to reel the audience and let them know that they’re watching a horror film, though, heaping on generous amounts of tension before adding a hefty amount of throw-back orchestral thriller music. To do this and to help give the impression that the witch’s curse was all around us, I employed some folk instruments, chosen by the directors at my studio for their unique character, to create a ghastly dissonance and unnerving atmosphere. 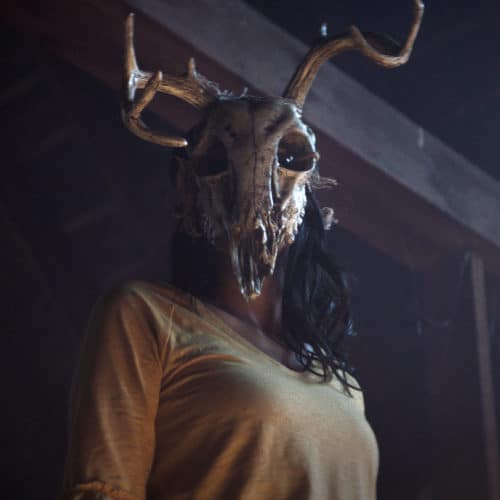 From pre-production to the day you scored the last cue, how much did the score change? Meaning, did you plan on doing certain things that once you put the music in the scene it didn’t quite work?

The score changed a lot! I started writing music during the scriptwriting phase. The Pierce Brothers, the co-directors and writers, and I passed ideas back-and-forth in an imaginative feedback loop, and many of those ideas made it into the film! I’m very big on experimentation and summoning unconventional musical magic for every project. With experimentation comes failure, and yes, lots of ideas ended up “on the cutting room floor”; I think THE WRETCHED is better as a result.

There are no rules! The score is a bit different from many other modern horror films; I think it is more PSYCHO or THE OTHERS than HALLOWEEN, and I love all of those scores! The directors and I wanted orchestral themes that escalated through the film. I drew on inspiration from archival music about witchcraft, including the music of Mussorgsky and De Falla. I like to think we broke a few rules and established an interesting harmonic language with THE WRETCHED. I hope people find it rooted in tradition as well as boundary-pushing.

If there was ever a time when working on The Wretched that you got writer’s block, what did you do to overcome it? Did you get inspiration from somewhere?

Yes! We all get stuck “spinning the tires” on occasion. When that sort of thing happens, I usually overcome it by:

You have said that each film you work on requires a unique musical texture to evoke the right mental imagery. 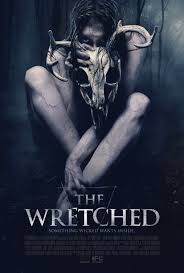 What would you say is the right mental imagery for The Wretched?

We all have associations we make when we hear particular musical instrumentation, timbre, playing technique, and harmonic structure; it helps set the stage for the story in one’s mind. When I listen to Debussy’s “Prelude to the Afternoon of a Faun,” I imagine a misty valley and distant hills. When I close my eyes and think of the aesthetic of THE WRETCHED, I think of dark woods, twigs, a stag, and the witches curse all around us. The use of specific instruments and articulations helps transport the audience into that world.

You traveled to Germany to record with a full orchestra for The Wretched soundtrack. Why is that?

I recorded with the Brandenburg State Orchestra for THE WRETCHED soundtrack, which is soon to be released. There are many session orchestras around the globe these days; the bassists in Germany belted out the growling low-glissandi of my “Wretched Encounter,” a cue on the soundtrack, with finesse. The bass section used five-string basses, tuned to B, rather than “C extensions.” I felt so inspired that when I arrived back in LA, I purchased an upright bass (of the four-string variety) from LA Bass Works just before COVID-19 hit. It’s been a fantastic meditative way to focus my energy during the “safe at home” era!

If there was a sequel to The Wretched, what would you like to happen in the story?

A sequel would be so much fun! The Pierces have discussed involving more than one witch in a few interviews, for the follow-up. Having several witch stories going on at once, I think that is a fruitful idea. I suspect plenty of material, both for the narrative and the music, exists to keep audiences awestruck! Who knows what witchcraft the future holds?