The teaser trailer and poster for The Block Island Sound have dropped ahead of it’s Fantasia Film Festival premiere on August 28th. Watch the trailer and read the synopsis below

There is something terrifying is happening off the coast of Block Island. A strange force is thriving, influencing residents and wildlife alike. Birds are dropping out of the sky. Some people have been dropping too, into inexplicable emotional collapse. Harry Lynch (Chris Sheffield, THE STANFORD PRISON EXPERIMENT) has always been a bit of an outsider in town. Now, he watches in dread as his father (Neville Archambault, 13 CAMERAS) grows increasingly forgetful and confused. And angry. Very, very angry. His sister Audry (Michaela McManus, THE VILLAGE), whose work in marine biology will soon prove invaluable, returns to town with her daughter and immediately sees what Harry sees. Her explorations into the increasingly grisly wildlife phenomena intersects with the triggers of her father’s actions, leading them all towards chilling revelations that no one is prepared for. Revelations that will affect her family in unimaginable ways.

THE BLOCK ISLAND SOUND is a hair-raising new horror creation from Kevin and Matthew McManus, Emmy-nominated writers and producers of AMERICAN VANDAL and COBRA KAI, and filmmakers behind past Fantasia hits FUNERAL KINGS and SLUMLORD / 13 CAMERAS. Atmospheric, smart and compellingly character-driven, the film captures a real sense of isolation and paranoia, with an experiential feel for its environment, brought to life with striking cinematography and sound design. Sheffield, McManus, and Archambault are fantastic, joined by a strong supporting cast that includes Jim Cummings (THUNDER ROAD), Jeremy Holm (THE RANGER, MR. ROBOT) and Willie C. Carpenter (MEN IN BLACK). THE BLOCK ISLAND SOUND is at once intimate and unconventionally grandiose, delivering thrills while touching on a range of the signature worries of our times, from conspiracy theories and climate change to unpreventable familial breakdowns. Remote fishing communities have never been scarier.

Check out the poster for the film: 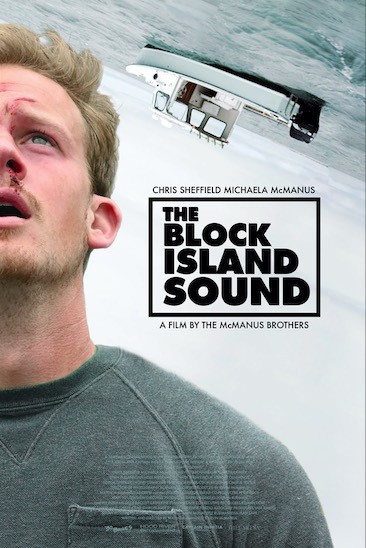 The Block Island Sound premieres at the Fantasia Film Festival on August 28.

TRAIN TO BUSAN PRESENTS: PENINSULA - The Empire Strikes Back of Zombie Movies