GRAMMY-nominated musician and composer, Edy Lan, has a very long resume, to say the least. When looking at his film credits, one thing that is apparent, he thrives scoring films in the sci-fi, thriller realm.  When speaking to him further, it’s no surprise that shows like The Twilight Zone, Lost in Space, and Star Trek were ones that he would re-watch regularly. Not only for the action but for the music that accompanied them. His most recent sci-fi/horror/thriller, Vertical Entertainment’s Parallel, is out now and follows a group of friends who stumble upon a mirror that serves as a portal to a “multiverse”, but soon they discover that importing knowledge from the other side in order to better their lives brings increasingly dangerous consequences.  We spoke with Edy about Parallel and many more topics. Read the full interview below.

-What attracted you to the Parallel script?

The fact that it was a more grounded sci-fi project, in the vein of THE TWILIGHT ZONE, a cautionary tale of sorts dealing with 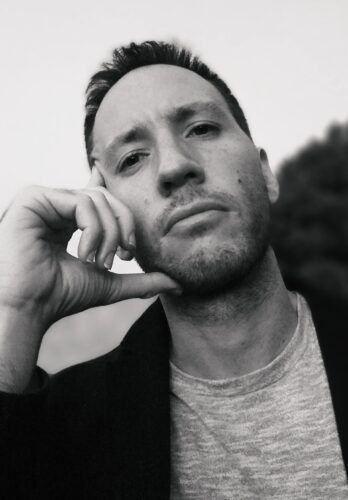 personal issues, etc. The drama of the characters was the driving force. Also, this element of bringing that to the world of app developers and startups. All filmmakers and composers have to be entrepreneurs of sorts, so I can relate to the struggles

More than that, I wanted to do a more contained opening, which is what makes it eerie I think. The piano is a little detuned, so that helps but I think it could’ve been done many ways. The point was to pull the audience in and present the theme in its smallest scope. The slow pan of the camera and then the crane dolly in calls for that I felt. The piano, however, is a very important part of the score.
If we look at the second part of the opening, there’s also this theme which comes back in the ending and credits which is piano-driven. We wanted a sort of “elegance” or flow to portray the calculated nature of the home invasion and that has a payoff with the supplantation at the end of the film, the same calculated element to it, which is different from Noel’s, as the motivations are different. Both are connected musically though. There’s also the corruption of a seemingly moral character.

-How do you determine what volume level the score should be?

The “compositional volume” has to do with the tone and style of the film, mistakes with that can be critical and of course, you always deal with different points of view. Of course, being a collaborative medium in which you are at the service of the director’s vision, sometimes you get asked to increase or decrease that volume depending on the aesthetics of the director. Some directors want to be more obvious and some more “coy.” I have my own view and it completely has to do with the style of the acting, the genre, the way it’s shot, etc. Then, of course, you have the final volume which is determined by the director and mixer at the dubbing stage, which is completely out of my control; sometimes I’m asked to be there and give my input but other times I’m not.

-In the opening scene an old-time song plays on the record player for a brief period. Was that your work or was 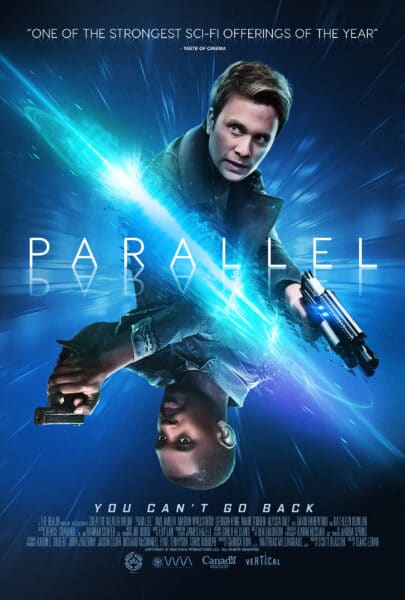 that a song that the music supervisors added?

That’s Beethoven’s 9th. If I remember correctly, they were looking for classical music and that was suggested early on, I think it was Isaac’s call. In THE INCIDENT, however, which also opens with classical music, we had Schumann’s 4th which was my suggestion and I made the score, so there’s a subliminal connection to that piece; it’s not obvious at all and it’s probably me being a nerd, which I fully am. If I had it my way, I would’ve used that same piece being that there’s a scene in the library where there’s a comic from THE SIMILARS, I thought this would connect it to THE INCIDENT. It would’ve been tons of fun to have that. Actually, in THE SIMILARS there is a connection to THE INCIDENT and there’s a quote from that score at that time. It’s something both Isaac and I love.

-When the main characters are first learning about the mirror, there are a lot of sounds that happen every time they touch it. Did you have a hand in creating those sounds or was it the sound designer?

That’s the sound designer. There is however a theme for the mirror in the score.

-How closely did you work with the sound designer?

We had early meetings in which we all discussed several things, such as those sounds. So I also tried to make my own palette match it, which was fun.

-There are many different genres of music in the film. Was it difficult to weave all these different sounds together?

That was the main challenge. But more than that was to “even them out” a bit so it wouldn’t jump out as different genres and they would ultimately feel part of the same universe, which is why it was so important for me to have all the musical thematic material stem out the form only a very small handful of ideas. I think unity is very important in a film like this. Tarantino has made a style out of combining styles and he makes it work INCREDIBLY well, but other attempts are not so successful, and in Tarantino’s case it’s part of the DNA of the movie, it’s thought of that way as opposed to an afterthought.

-You have scored a lot of films in the sci-fi, thriller world. The Incident, The Similars, and Aztech to name a few. Do you particularly like working in this genre?

I do enjoy it a lot because I grew up on it. I watched reruns of THE TWILIGHT ZONE every Saturday when I was a kid and I was fascinated by it. When I was very young it scared me but mesmerized me at the same time. And good sci-fi has the ability to deal with very basic and profound subjects. Look at Christopher Nolan’s sci-fi films. They are the perfect scenario to explore very heavy subject matters such as time, loss, etc. That is what the genre does at it’s best, in a way that can’t quite be done with any other genre

-Is there a showrunner or director that you haven’t gotten to work with yet, that you would like to?

-What are you currently watching on Netflix?

Well, I’m actually watching FARGO season 4 on Amazon, although not an Amazon original, which by the way has a fantastic score! All seasons do. I recently watched WE ARE THE CHAMPIONS on Netflix narrated by Rainn Wilson. Such an original piece of content. And narrated by the one and only Dwight Schrute, you can’t go wrong. Before that, I was really into OZARK and recently watched THE DEVIL ALL THE TIME, which I also thought was fantastic and the score was pretty damn good as well.