Here is a trailer for The Darkest Matter. What makes this sci-fi/thriller stand out is that is was made by kids ranging from 6th to 12th grade who attended the Starting Arts Summer Camp! This is one summer camp I would have loved to attend as a kid.

It’s pretty amazing to see what they were able to achieve and gives me hope for our future. It is great to see that art and creativity is not dead, especially while our school systems are seriously under funded. Below is a description of the film and the trailer. Check it out and be sure to share your thoughts!
The Darkest Matter 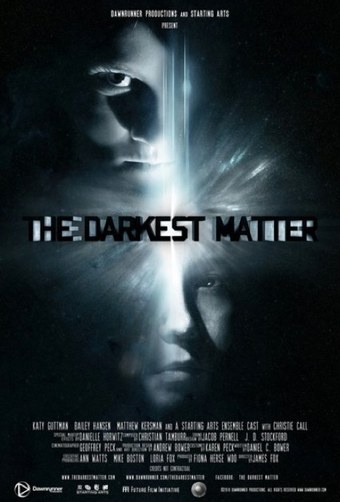 The Darkest Matter is somewhat of a class project. Almost all of the shooting and production happened at the Starting Arts Summer Film Camp. Film vets James Fox (Owner/Director) and Geoff Peck (Director of Photography) taught the kids (6th to 12th graders) advanced film-making techniques from acting to (we assume) filming, directing, editing, FX etc. Peck and Fox’s production company Dawnrunner, along with the camp, is producing the film. Here’s the synopsis:

Space is a dangerous place for a child. When their colony ship is destroyed in deep space, Elaine Barrett, and a small group of children survivors find themselves marooned on a mysterious derelict space station. As time passes, and their chances for rescue dwindle, the weary children begin to turn on each other. With her allies dwindling and no way to signal for help, Elaine must make a choice: stay on a station filled with angry and violent children or take her chances in space.

The Darkest Matter is set for a release on March 13th, 2011. For more information check out The Darkest Matter website. Head over to their facebook page to check out some cool stills and some other scenes from the film. This is basically, Lord of the Flies in space, but it looks very well done.
For more proof that creativity is not dead, check out some more cool trailers at io9!

Video Of SPIDER-MAN In Action On Set!