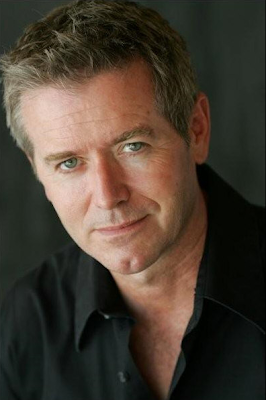 Even though you wanted to become an actor at an early age you took a round about route to achieving that goal.  How does the pressure of being a military pilot compare to the pressure of embodying a character for the stage or screen?

Brian:  Acting, like public speaking is a skill set not taught in the military.  It is in fact on opposite poles.  In a military aircraft there is no emotion.  In acting, you try to express emotion constantly.  It has been a very challenging transition!

A number of your film roles have been in movies about the military. Did you enjoy working on Jarhead and The Kingdom and how accurate was the portrayal of the armed forces?

Brian:  I had very small parts in both those films but I thought both portrayed the military in an appropriate light considering how truly difficult it is to transport the viewer to an ‘authentic’ military environment in just 2 hours.

When filming the The Boondock Saints in 1999 did you know that you were involved in making a cult classic and your character would be adored by fans like he is?

Brian:  (laughs) thank you.  I think the term ‘adored’ applies to Billy, Sean and Norm plus my friend Rocco and deservedly so.  I would settle for ‘slightly appreciated’!  As for our thoughts on the film’s success in 1999?  We had a very small budget but we had a special director and we had Willem Dafoe….we were hopeful but realistic…

Boondock Saints has been so successful with the fans because of the great relationship the film has created both online and in person.  I am sure these films have really given you a lot of opportunities.  It is great to see you and your fellow stars giving back with the Boondocks Saints USO Tour.  Tell me a little bit about that tour and how you came to be involved?

Brian:  Troy knew my first career was in the military.  He respects our country, our flag and our troops.  He respects my ten years of service and he and producer Chris Brinker made sure I was included on that first USO trip to Africa and the Middle East.  They didn’t need to bring me, I was cast member #7, not one of the stars like Sean and Norm. They did it for me and I will always appreciate that.  The trip exceeded all our expectations and I certainly hope to go again someday. One of the highlights of that trip was watching Sean Patrick Flanery training our troops in Brazilian Jiu-jitsu everywhere we went.  As a black belt instructor he was tireless and gave hundreds of soldiers a chance to hit the mats with him.  Very impressive.

Not only have you acted on stage and screen I hear you are currently working on a book.  How is writing coming along and what is your book about?

Brian:  My book is tentatively titled ‘A Cobra Pilot In Hollywood’ and details my difficult transition from the cockpit to the silver screen-I hope to have a first draft ready by summer.

Not long ago you filmed a scene in The Adjustment Bureau with Matt Damon.   What was it like working on the film and how did you enjoy working alongside Damon?

Brian:  I had auditioned for nice parts opposite Matt Damon on 3 different films and landed none of them.  Finally a casting director called and said the part I auditioned for in ‘Adjustment Bureau’ is going to someone more famous but would I be interested in shooting a smaller part-one scene, just me and Matt?  I like Matt’s work and I’ve heard good things about him so I said, “Hell yes”.  It was great to meet him, such a gentleman, but the scene was insignificant and was eventually cut.

You resigned from the military and embarked on your acting career over 20 years ago.  What was it change career paths and fully devote yourself to acting?

Brian:  It was a shock to the system.  At first it was amazing, acting classes were the most amazing places to meet and date beautiful young women, but then the reality of the business set in.  Firstly, acting is hard, doing it well anyway. Secondly, an unbelievable 90% of union actors are unemployed on any given day so you must have some kind of job to pay the bills until you make enough money acting.  Most actors never make that next step up the financial ladder and sometimes fame comes before fortune and that can be a bit unsettling.  As for myself, the jury is still out, but I like my chances. 🙂

I can only imagine what it must be like to try to get your foot in the door in Hollywood. What was it like to find an agent that is supportive of your work and have you had any interesting events occur during your journey?

Brian:  The agent issue has been my single biggest challenge.  Trying to find a good agent who can get me through those important Hollywood doors has been overwhelming.  I am still searching.  Agents make only 10% of what you make.  If you make less than $500,000 per year it means you are paying the agent less than $50,000 per year.  That may not be worth all those legal hours a good agency spends negotiating your various salaries.  Thus the best agencies won’t even take your calls if you are at that level.  I am definitely not at the $500,000 level yet so I have much work ahead of me just to get representation!

What are some of the other projects that you are currently working on?

Brian:  Getting a good agent!

Brian:  Yes.  Two of director Troy Duffy’s ‘friends’ followed him around for a couple years to make a documentary about Troy’s spectacular rise.  Eventually they had a falling out and turned on Troy, changing the doc from a positive story to a character assassination piece called ‘Overnight’, which bears little or no resemblance to what happened on the set of both films.  My book will attempt to set that record straight.

THE BOONDOCK SAINTS’ Graphic Novel To Launch On Nov. 21st