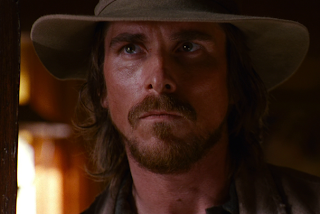 An interesting rumor has just hit the internet that says Christian Bale is at the top of the list to play Roland Deschain in Ron Howard  adaptation of Steven King‘s The Dark Tower series.
It’s said that he has even jumped ahead of both Javier Bardem and Viggo Mortensen who have also been noted as possibilities. The source also reveals that Dexter star Jennifer Carpenter is rising on the short list of actresses for the role of Susannah, as is French/Moroccan Ghita Tazi.
I love Bale as an actor and believe the will do a fantastic job in any role he is cast. He was great in the remake of the western 3:10 to Yuma another Western themed role. There is no confirmation of this yet, so it’s a rumor for now and one I would love to see happen!
As previously reported, the plan is to start everything off with a feature film, from there they will create a bridge to the second feature with a full season of TV episodes! We will then see the second film hit the big screen, and after the sequel is released we will see another season of The Dark Tower on TV. This season will focus on Deschain as a young gunslinger. The storylines will be taken from the prequel comic book series that King was heavily involved with. Then we will get the third and final film which will pick up with a mature Deshain as he completes his journey.
What are your thoughts of Bale taking on the lead role?
Source: NY Post