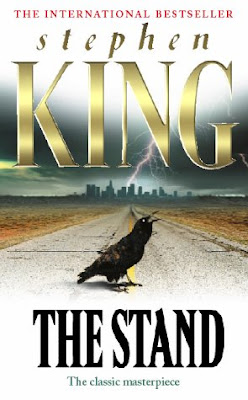 Stephen King’s The Stand is finally being adapted into a feature film. Warner Bros. and CBS Films are teaming on the project, which will be produced by Mosaic and Roy Lee. King will be involved in some capacity, but at this time it’s not known how.

The film is being co-developed and co-produced and CBS will have the option to participate in co-financing. Warners will oversee worldwide marketing and distribution.
The studios and producers are set to meet with writers and directors in the coming weeks to decide the direction the material will take. One item up for discussion is whether to attempt the adaptation in one or multiple movies.
CBS has owned the film rights for many years and realized they need a partner to properly undertake the project. Warner Bros. was able to win one of the biggest-selling books of all time, beating out Fox and Sony in a tight bidding war for the project,
The Stand tells the story of good vs. evil after a virus wipes out most of the American population. While it features dozens of characters (such as the Trashcan Man and Mother Abigail) and overlapping story lines running over many years, the struggle boils down to a group of survivors fighting the Antichrist-like Randall Flagg.
The novel was first published in 1978, but was rereleased in 1990 after King added and revised many aspects of the story, propelling it into the stratosphere because of it’s cult following.
Previous adaptation’s were launched in the 80’s by George Romero and Warners, but they failed to launch. In 1994 a tone-downed version was produced as a six-hour miniseries by ABC. Marvel Comics has been adapting the story in recent years to great acclaim.
This marks the second major King adaptation in the works, the first being an adaptation of The Dark Tower currently in the works from Ron Howard. I am embarrassed to say that I have never read this novel, it has been on my list of books to read now for awhile.
What are your thoughts of this news? Which actors do you think should be cast in the various iconic roles?