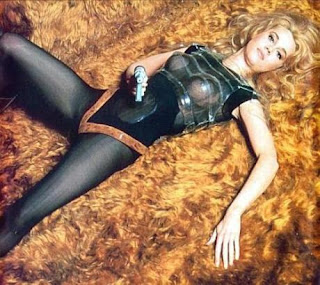 Oscar winner Jane Fonda mentioned in a recent interview that she is interested in reviving her sci-fi movie character Barbarella for a sequel to the cult-classic.

She even stated that she has an idea for the story,

“I have a dream to do a sequel to Barbarella. Not a remake, a sequel! Look, I get shtupped (has sex) by a blind angel, OK? Let’s just take it from there… I think it could be funny – and feminist.”

The 1968 film was directed by Roger Vadim, Fonda’s then-husband. I have only seen the original once. It was great, but not a favorite film of mine. There has been interest in doing a sequel for many years. None of the projects ever got off the ground.
What are your thoughts on this news?  Would you like to see Fonda revive Barbarella?

Stephen King's THE STAND Being Adapted For The Big Screen