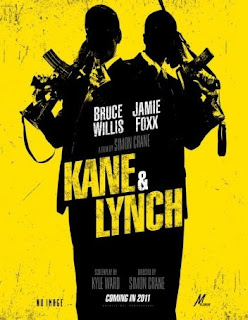 Filming was initially slated to begin last fall, but was indefinitely postponed. Foxx is attached to play the psychotic James Lynch opposite Bruce Willis‘ “Kane” Marcus  Despite the delay, Foxx is adamant that the movie is still a go and that he’s still on board. Here is what he said,

“We’re doing a couple of rewrites but we’re still doing it. And it should be a lot of fun, a lot of action.”

An official director has yet to be announced, even though a bunch of filmmakers have been mentioned over the past year or so.
I have never played this game. Is it a game I should check out? I would love to see Jamie Foxx on screen opposite Bruce Willis. Are you interested in seeing Kane & Lynch finally make it to the screen? Who do you think would be a good director for the film?