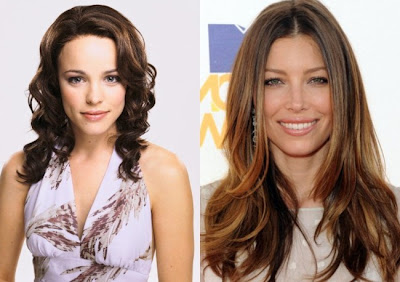 Now that Henry Cavill has been announced as the next Superman, who play Lois Lane? A number of actresses have been popping up to take on this iconic role. Keep reading to learn who is in the running and read my thoughts on who would be the best choice!
Anne Hathaway is out of the running since she is set to star in the Dark Knight Rises. Our friends over at What’s Playing have put together a listing of actresses that are in the running for the role:
Kristen Stewart – Love her or hate her, the Twilight actress definitely packs the people into seats. I actually am a fan, but don’t think she is a good choice for this role. She already has a lot of other projects waiting in the wings after Twilight is finished and I am not sure she would like to step into another franchise, but I could be wrong.
Malin Akerman – Akerman was great in Zack Snyder’s Watchmen. There is an age difference between Cavill and the 32-year old actress which may take her out of the running. She was a favorite at one point, because I think she would do well with the role.
Dianna Agron – Starring in Glee star has opened a lot of doors in Hollywood for Agron who will next bee seen in I Am Number Four opposite Alex Pettyfer and Timothy Olyphant. The actress was able to read for the lead in Spider-Man. It’s rumored that she also read for Superman. The problem with Agron is that she is a bit young for the part.
Jessica Biel – Biel is currently one of the top contenders for the role. She is not my personal favorite for the role, but if the she tests well for the role it may happen. She is closer in age for the role.
Rachel McAdams -My personal favorite out of this entire list is McAdams. The actress has a good relationship with Warner Bros (she starred in Sherlock Holmes for them). McAdams was also on the shortlist for Dark Knight Rises, so it seems as though Chris Nolan is also a fan. Nolan is producing Superman and if he likes McAdams she will get the part.
Two actresses that have “honorable mentions” from the list are Mary Beth Winstead and Emma Bell
I really like McAdams as I said. She was great alongside Russell Crowe in State of Play where she played a tough reporter very much like Lois Lane. Who would you like to see in the role of Lois Lane? Is there someone that should be on the list?