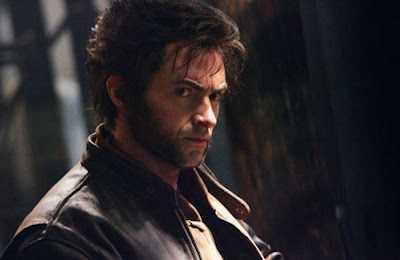 It’s time to get even more excited about the upcoming Wolverine film!

Hugh Jackman recently spoked with Geoff Boucher at HeroComplex about his upcoming projects. During the interview, Jackman shared his thoughts about coming back to the role that has defined his career for Wolverine with Darren Aronofsky.

Here are some excerpts from the interview, but be sure to check out the full interview. When Jackman was asked about his excitement for Wolverine which is based on Marvel’s 1982 miniseries by Chris Claremont and Frank Miller he had the following response:

I’m really, really pumped about it. I feel like all the planets are finally aligned to make a great movie. We finally have the character and with this mythology — ever since [the 2000 Bryan Singer film] “X-Men,” when I was kind of hanging around and reading all these comics, because I was cast before I ever read any X-Men comics, so I was trying to get my hands on everything. I remember saying to [producer] Lauren Shuler Donner, “Lauren, I don’t know about you, but I’ve seen this Japanese story, and I think it’s so good. It’s just genius, it’s brilliant.” And we kind of always talked about it from there on. I sort of even wanted to do that in the third X-Men movie at first, but we thought, no, we really need to establish who he is at first, and we did that [with “X-Men Origins: Wolverine”], and now this is sort of the cherry on top, to finally do it and have Darren Aronofsky direct it. I love his gung-ho attitude toward it and great vision. Straight off, it’s not a sequel, it’s a stand-alone, and I think we’re going to make one that people will describe as the best of the bunch.

With Aronofsky directing a script from Christopher McQuarrie (The Usual Suspects) the expectations of fans like myself are pretty high. When asked about expectations this was Jackman’s response:

Right, absolutely, and Chris McQuarrie has done a script that is just phenomenal. I read a story once that said that he wrote “The Usual Suspects” in 15 days, and with this one he said to me, “I just knew what I wanted, and it came out real easy.” And he’s done an unbelievable job with it, and with Darren it’s just really exciting. I’m as excited as anybody to see what we come up with. I know we’re going to be met with huge expectations. The expectations will be high, but he’s one of the great filmmakers out there. I worked with him before [on “The Fountain”], and I knew as soon as I met him that he should be doing movies like this. He’s been looking a long time, and I’ve asked him to do other ones, and this time it worked out. I’m beyond thrilled.

When asked if Jackman was going for the same look and feel of Wolverine in the comics ( he’s quite short and almost hunched over at times) here was Jackman’s response:

Yeah, he’s thick and it’s chunky and it’s powerful. I always think of Mike Tyson when he first came on the scene. Sometimes, he was a full foot shorter than his opponents and bent over [with this] massive build. There’s real power. You said bulldog, and that’s it exactly. Exactly. That’s what I’m going for, and if I have a massive heart attack first, well, you tell everyone what I was going for.

If you are not already pumped about Wolverine you better be now. This movie is going to obliterate any negative feelings left over from X-Men Origins: Wolverine. What are your thoughts of this news?