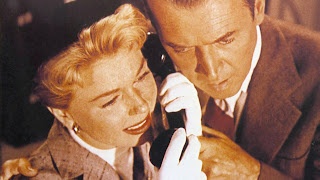 Dear Hollywood, PLEASE STOP MAKING REMAKES. Well I guess I can add an addendum to that and plead to not make remakes of classic films that are perfect as is.
One of my favorite films, Alfred Hitchcock’s The Man Who Knew Too Much is getting a remake from Paramount. I guess I should have seen the writing on the wall after they made Disturbia, which was basically a Rear Window remake and it was such a huge hit.
If you haven’t seen the original film, it follows a couple who investigate a conspiracy and their son gets kidnapped as a result. The remake will switch things around with the kid’s parents disappearing.
The script is being written by John and Jez Butterworth. Jez Butterworth had previously been on the remake of The Birds. The film is being produced by Parkes/MacDonald Productions.
Hitchcock remaking his own film is one thing, but someone else remaking Hitchcock will never sit well with me. The director remade The Man Who Knew Too Much, having filmed the original in 1934, and then again in 1956.
What are your thoughts of this news?
Hitchcock’s 1956 version is one film worthy of buying on the spot!
The Man Who Knew Too Much