With Sons of Anarchy and Boardwalk Empire premiering recently, we decided to put together our favorite mob movies. There are so many great mob movies that have littered the pop culture stratosphere with explosive violence and memorable lines. Mob movies have given us a peak into the dark side of crime. Just because a film falls into the genre of mob movie does it mean that the film has to be serious.

There have been a number of mob movies that are more comedic, albeit mostly dark comedy, but still humorous nonetheless. This past weekend director Luc Besson delivered one such comedic mob movie. The Family stars Robert De Niro, Michelle Pfeiffer, Tommy Lee Jones, Dianna Agron, and John D’Leo (read our interview with D’Leo here).

I love mob movies, but since there have been a shortage of them in recent years, many of us have turned to television to get our fix of the criminal underworld. I have reviewed Sons of Anarchy in the past year and find myself feeling the same I did watching gangster movies from my youth. I grew up in the 90’s, when there was no lack of this type of film being released. Mob movies were to me a peek into a different world, usually with people who were wholly outside of anything I knew in my day-to-day life. I grew up in South Texas in a small-ish town with no inkling of what kind of rivalries had been raging on the east coast and elsewhere for ages.

I certainly cringed at the treatment of women and such moments gave me pause more than once, but overall I was intrigued and pulled in to the experience;  the violence, the extravagance, the sexiness, the power and if I’m being honest, the Ray Liotta. Typically when asked to pick a favorite of any kind of movie, I cringe and have one hell of a time picking one, but this time it was easy.

Ironically, my favorite mob movie is a comedy.  Johnny Dangerously turns the tables on genre that takes itself very, very seriously. I don’t know what it is about Johnny Dangerously that makes me hold it above all of the other films I’ve listed, but I do. It may be my soft spot for Michael Keaton, or maybe it is being able to enjoy a mob flick without the weight that comes with the heavy hitters. It makes me smile and brings something different to the genre with exceptional comedic timing and delivery. I really enjoy watching it any time it comes on TV and it’s a movie I have to watch at least once or twice a year.  Regardless of the reason, I love Johnny Dangerously and it is my number one pick in mob movies.

The Usual Suspects (would have made #1, but I wasn’t sure if it counted as a mob movie)
Scarface
The Departed
My Cousin Vinny

Any movie about gangsters or organized crime is sort of unfairly defined only by the first two Godfather films, Scarface and Goodfellas. There’s a lot more to explore in the seedy underbelly of those who operate outside the law. So that’s why I’m focusing on the less heralded films of the genre, ones that aren’t defined exclusively by the Italian-American mafia.

Sam Mendes’ stoic mob tale is low on gunplay but high on the toll so many evil deeds take on a family. This was another case where we all took Tom Hanks for granted. He’s great, as always, but digs a little deeper here to show the heavy weight all those year of killing have placed on him.

Part of the greatness of Matthew Vaughn’s British gangster pic is Daniel Craig’s flippant attitude as the nameless protagonist. For him, double crosses and “one last job” are merely annoyances. It’s that ultra-dry humor that makes this one of the best.

I have insanely deep love for everything the Coen Brothers have ever done, and their Irish mob story contains a scene I find even more badass than Tony Montana’s “Say hello to my little friend” shot: Albert Finney laying waste to would-be assassins to the strains of “Danny Boy.” But the key to the film’s success is Gabriel Byrne, who deftly mumbles his way through the film as either an idiot or an idiot savant.

Training Day, Schmaining Day. For me, this is Denzel Washington’s finest hour as a bad guy. As Frank Lucas, he’s that perfect Denzel blend of charming and terrifying. He starts by lighting a guy on fire, but he’s incredibly suave and giving to his family. What I like best about the film is the parallel stories of Denzel and Russell Crowe. Denzel is breaking the law yet his life is going perfectly. Russell is trying to uphold the law and be a good guy, yet his life is falling apart. It’s all part of one of the best mob movies ever made. 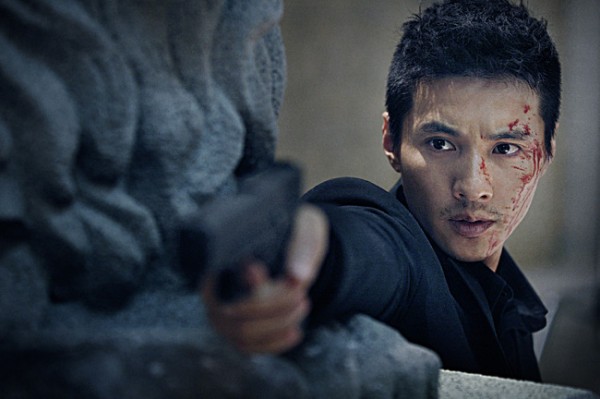 I love movies with anti-heroes, and many mob movies have loads of anti-heroes that you can’t help but root for, even though you know they are bad. It is especially cool when a bad character has such a sharp turn in their character development that they end up being doing what is right at by the end of the film.

My favorite mob movies tend to lean towards darker mob films, with gritty characters and violent scenes. Martin Scorsese is the master of creating films that give you a realistic look into the world of crime. There is something authentic in his films, and for that reason he is the best director of mob movies.

This French mob movie is a prime example of how to pull off a double cross. The main character, Malik, joins a gang while in prison for protection, but soon finds himself moving up the ranks soon to be in a position to bring the gang crumbling to the ground. Filled with some of the most brutal imagery, this is a great look into mob life behind bars.

One of Al Pacino’s often overlooked mob movies, the film is a great example of an anti-hero. He wants to be a legitimate businessman, but unfortunately the old life on the streets keeps pulling him back in. Brian De Palma directs the film that stars Sean Penn in one of my personal favorite roles. I love the high tension of the climactic ending sequence.

Johnny Depp plays an undercover FBI agent in one of his best roles to date.  He and Al Pacino have a great relationship, with Pacino’s character being Depp’s mentor into the mob world. I love the way in which Depp’s character starts off intent on bringing down the mob, but the more he gets involved rising up the ranks, the more he becomes one of them causing him to be conflicted. Donnie Brasco also shows what it is like for an undercover agent, and how much his family life is impacted.

I almost put this film at number one on my list, but my love of The Untouchables pushed to the top.  This South Korean film is currently on Netflix Instant, and is a must-watch film. The story goes into the drug underworld and follows the relationship between a loaner pawnshop keeper with a secret with a young girl who lives next to his shop. The girls mother steals heroine with her boyfriend and when the dealers come to get their drugs thkey take the girl. Things are not what they seem with the pawnshop keeper, who realizes the girl is his only friend and risks his life to save her. There are some awesome action sequences and a great story in this mob move.

Brian De Palma’s depiction of the war between Elliot Ness and Al Capone is a fantastic take on the brutality between the law and gangsters during the Prohibition era. Kevin Costner is great as Ness, but the shining star has to be Sean Connery as a beat cop willing to go against the grain to take down Capone. The score by Ennio Morricone is one of my favorites. De Niro did a great job of becoming the character of Capone. The characters and the story make this one of my favorite mob movies.

Did you see your favorite mob movie in the list? If you think we made a glaring error, let us know in the comments below!

The BastardCast vs. Grand Theft Podcast

Time to Get Nostalgic About the 1995 Movie, Casino