Almost Famous is available tomorrow in a 4K Steelbook which is a thing of beauty.

I’ve been a fan of steelbook releases lately. There’s just something satisfying about the sound of the case clicking and the sturdiness of the case.

Almost Famous has a nice matte finish with beautiful artwork that any movie collector will love. The inner artist looks great too.

I can say for certain that Almost Famous was influential in my exploration of a diverse range of music. It also reminds me of the various concert experiences I’ve had.

If you are a movie fan, a music fan or love Cameron Crowe films, the Almost Famous 4K is a must-own. The sound and picture quality was wonderful. 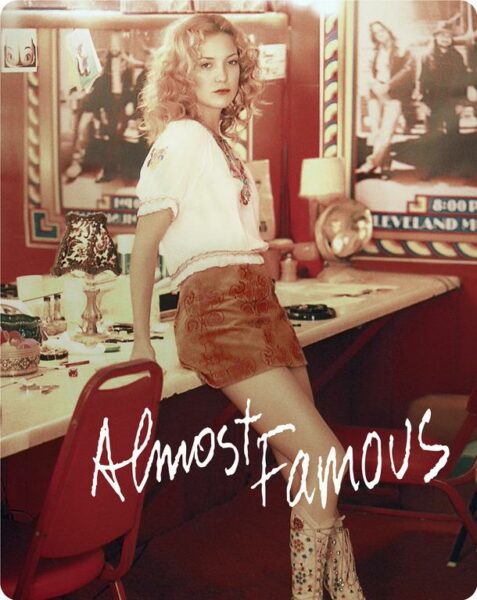 I’m a huge fan of this disc because it also features a “Bootleg Cut”, which I had never seen.

The special features are listed below:

Buy your copy of the Almost Famous Steelbook here.