Kino Lorber continues to release awesome Blu-rays with some great special features. Masquerade is no exception. Meg Tilly and Rob Lowe star in this thriller set in the world of socialites and sailing boats. Money is not the main concern of most of the characters.

Everyone can relate to love, and a love thriller at that. I for one would always prefer more thrills to more kisses. Masquerade has equal parts of both.

The film was directed by Bob Swaim and also stars Kim Cattrall, Dana Delany, John Glover, Doug Savant. Masquerade was released in theaters in 1988. I personally remember watching this on HBO for the first time shortly after the film’s theatrical run.

It is so funny to think of the way the entire theatrical release process has been thrown for a loop because of the pandemic. In my opinion, there have been problems with the release windows for years. I digress, so let’s get back to Masquerade.

Everything I think of this movie I imagine the smell of the ocean and the feel of the warm wood of the docks on the bottoms of my feet. Rob Lowe is beyond cool in this. Meg Tilly is so beautiful in this role. Her soft spoken nature lend to a very memorable performance. I always like seeing John Glover on-screen and Dana Delaney is great too. The performances are great all around.

Rob Lowe (Youngblood, St. Elmo’s Fire, About Last Night), Meg Tilly (The Big Chill, Agnes of God, Impulse) and Kim Cattrall (Unforgettable, Mannequin, TV’s Sex and the City) ignite the screen in this sexually charged mystery about a wealthy woman who falls for the wrong man. Olivia (Tilly) seems to have it all: good looks, good breeding and a two-hundred-million-dollar fortune. But behind the serene façade of her Easthampton seaside estate, something is missing: passion. Enter Tim (Lowe), the sexy sailing instructor and playboy who’s not ashamed of sleeping with his boss’ insatiable wife (Cattrall) or social climbing for sport. And when he sets his sights on Olivia, she falls under the seductive spell of this handsome stranger, unaware that he has his eye on more than just her beauty—and his mind on something unimaginable! Written by renowned TV producer Dick Wolf (Law & Order, Chicago Fire) and directed by Bob Swaim (Half Moon Street, La Balance), this sizzling thriller features Doug Savant (TV’s Melrose Place), John Glover (52 Pick-Up), and Dana Delany (Exit to Eden) in supporting roles.
Bonus Features:
NEW Audio Commentary by Director Bob Swaim | Theatrical Trailer 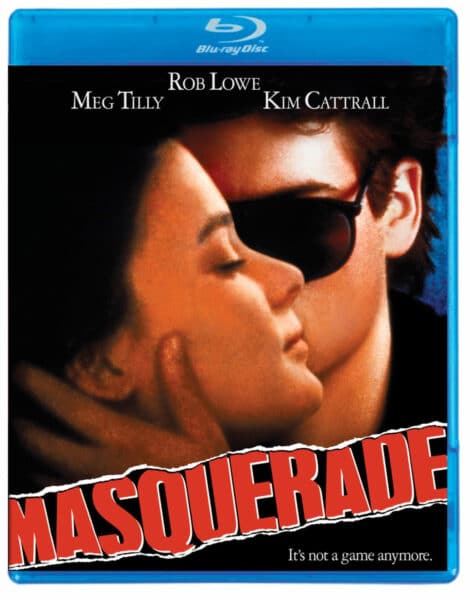