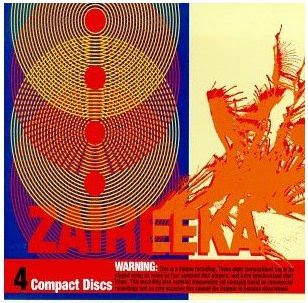 2011 is a great year for music thanks to the Flaming Lips! Free songs, collaborations and  high tech reissues announced, keep reading for more information.
Wayne Coyne leader of the Lips recently announced the bands plans to give their fans a present each month in 2011 in the form of a free song. Coyne spoke with Spin and revealed there is a bunch of cool stuff coming our way this year.
First up, the Lips will be heading to New York to collaborate with Neon Indian

on tracks with longtime producer Dave Fridmann and are set to release the music as quickly as possible.
Here is what Coyne had to say:

“We’re going to do two or three songs with him, and that shit should be ready to go pretty quickly. I have a couple of tunes that he’s heard, and we’ll just do that shit and fix that up and fuck around together.”

A demo was posted of a track that may become a Neon Indian collaboration. Coyne revealed to SPIN that he hopes to record similar collaborations with bands like Deerhoof

.
Fans of vinyl get ready to be happy, the band is putting together a huge vinyl box set, Heady Nuggs: The First 5 Warner Bros. Records, 1992-2002.
For fans of digital music the band is working on a phone-based reissue of Zaireeka

, giving fans of the film  the proper chance to hear the album in the way it was meant to be listened to. Zaireeka was originally released on four CDs, intended to be played simultaneously on four different CD players. The reissue will play simultaneously on four different cell phones, which is pretty cool. According to Coyne, the phone reissue of Zaireeka will be out in the next 10 days.
Here is a video of Coyne and bandmate Steven Drozd giving us a closer look at how the reissue will work, proving in the process that it could be even more difficult to cue the record up on cell phones as it was to get all four CD players playing at the same time:
Source: Pitchfork

Sundance 2011: THE SON OF NO ONE Trailer Arrives