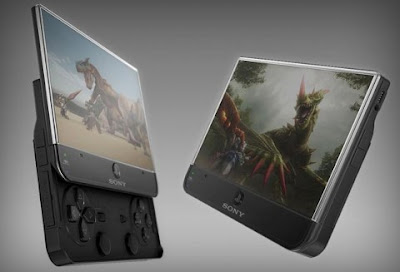 The PSP2 has yet to be officially announced, but it’s shaping up to be epic. A Japanese newspaper announced today that the new portable unit is going to have a 3G connection!

Nihon Keizai Shimbun newspaper announced some cool details ahead of a press conference scheduled for January 27 which will hopefully announce the system’s official debut.

According to the paper, the new PSP will have a 3G connection (supported by NTT DoCoMo in Japan) which will be used for online gaming and for downloading movies and games. Unfortunately it will not be able to be used to make phone calls.

3G is different from WiFi (which requires hotspots) and will allow gamers to access the 3G connection in all DoCoMo cell phone service areas. Since DoCoMo is Japan’s largest cell service, this will mean permanent connection throughout Japan. As expected, the system will also have WiFi just like the PSP. It was not stated if monthly charges will be incurred for accessing DoCoMo’s network or if equivalent providers were available for overseas access. In addition to 3G, the paper stated that the PSP2 will include an OLED touch screen and a new processor capable of high end visuals.

The paper revealed some cool news about Sony’s games-focused cell phone device. The device boasts Google’s Android operating system and will have button controls allowing for easier game play compared to other smart phone devices.
More details will surely be announced at Sony’s press conference on the 27th (Japan time). What are your thoughts of this news. The big question is how much will all of this cost, I am sure it will be comparable to the Nintendo 3DS at about $250, but that is just a guess.
What are your thoughts on this news?
Source: IGN

Sundance 2011: Kevin Smith Announces Most Of RED STATE Cast Will Return In HIT SOMEBODY