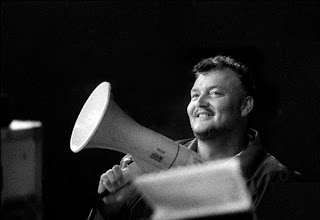 I recently had the chance to interview acclaimed director Victor Salva. During his 15 plus years in the business, Salva has directed CLOWNHOUSE, both JEEPERS CREEPERS films, POWDER and PEACEFUL WARRIOR. He is currently in production on ROSEWOOD LANE starring Rose McGowan.  Keep reading to see the full interview.

McGowan will star as “a radio talk show therapist who returns to her hometown after the death of her alcoholic father. She soon discovers that the entire town is being terrorized by a local paperboy.”
For the full details and to read the official press release HERE. And now on with the interview.
How did you first get your start in the industry?

Francis Ford Coppola saw a backyard video I had made in the house I was living in with some buddies. The film was a half hour long, shot on a home camcorder and called SOMETHING IN THE BASEMENT. It was shot over a three day weekend for a budget of 200 dollars and Francis saw something in it that he was willing to invest in. I was a very lucky kid, who as they say, got his big break.

You have written all but one of the films you have directed. Do you prefer having the control of seeing your creation go from page to screen?

Even the film I didn’t get screen credit for I wrote a good deal more than half of the screenplay. I was never just a writer or a director. I wrote so I could direct. So I very much prefer having control from page to screen.

I think my best films have been the ones where I have been allowed creative autonomy, as in, been allowed to make all my own creative desicions: POWDER, JEEPERS CREEPERS to name a couple.

When you wrote the first installment of JEEPERS CREEPERS, did you realize you had the hit it turned out to be?

I’m still not aware of it. Not completely. And it’s probably better that way. If I can stay hungry, I think my work will only improve.

What goes into creating a successful horror villain like The Creeper?

A lot of mystery, empathy — and the creating of lists of things that if a person did them, you would be really creeped out. I took a lot of things that creeped me out to make my Creeper. My films are full of things that personally would scare me, terrify me or just unnerve me. It’s the only real barometer I can use for telling those kinds of campfire stories.

You got to work with Nick Nolte on PEACEFUL WARRIOR. What was it like working with a veteran actor like Nolte?

Probably one of the greatest experiences I have ever had with an actor. I was intimidated at first, because Nick is so powerful. But I found something else out fast: he was also, warm-hearted, trusting, funny and enormously talented when that camera starts to roll.

The really great actors are strong enough to be vulnerable. Once that happens — there is magic on the screen. Nick knows how to create that magic. He almost makes it look too easy. Ironic to, because one of the great ideas in PEACEFUL WARRIOR, is that true courage is only possible when you have absolute vulnerability.

With ROSEWOOD LANE you make your return to the thriller/horror genre. Do you feel more comfortable writing and directing this type of film?

I don’t feel strange in the genre of POWDER or PEACEFUL WARRIOR, it’s just that in those terrains, I rarely get the chance to tell a story. My dark tales have always had an easier time finding funding, because I think the thriller or the horror film — is seen as an easier dollar to make.

I love the concept of ROSEWOOD LANE. The idea of a paperboy terrorizing a town is pretty cool. Where did you come up with the idea?

Dark boys have always been chilling. Look at little Michael Meyers in the opening three minutes of Carpenter’s Halloween, or young Damien in Richard Donner’s masterpiece, or even the evil and relentlessly terminator-like paperboy in Savage Steve Holland’s BETTER OFF DEAD : “Gimme my two dollars!!!” Well okay, maybe not that last one (but it is a great flick)

I started off in the feature world doing CLOWNHOUSE, where three boys were terrorized by lunatics who had escaped an asylum and terrorized a town dressed as clowns. ROSEWOOD LANE feels like I have come full circle with a twist to boot: This time the evil is the boy and the houses he terrorizes are on ROSEWOOD LANE.

Rose McGowan has been cast in the lead for the film. She definitely knows how to handle herself in a horror film and is a great choice as the leading lady. What went into casting McGowan for the film?

Casting correctly is eighty percent of the director’s work already done. Rose was a terrific choice, and I think this role, the role of SONNY BLAKE, gives her something we haven’t seen her do yet. I think you’re going to see a side of Rose McGowan you haven’t seen yet.
That I think is especially exciting.

Will you be making the return to JEEPERS CREEPERS after you’ve finished ROSEWOOD LANE?

We may very well be. We are, I am told, the most requested sequel of any horror franchise today. And just this week, the Creeper was voted the fourth scariest movie monster of all time when 4000 subscribers at WorstReviews, were asked to vote for their scariest.

JEEPERS CREEPERS III: CATHEDRAL has been ready to go for a few years now, but perhaps at last… all of our ducks — or should that be crows — we might finally have in a row. Keep an eye out for more details as they develop.

What other projects are you working on at the moment?

I have a new horror waiting in the wings called THE RATTLEMAN, a truly terrifying ghost story about modern day ALCATRAZ and DARK DELICACIES: The Movie. Which could turn out to be it’s own horror franchise since it is a horror-anthology format, where my partner Del Howison and I, would get to tell three tales of horror per film, in the spirit of the CREEPSHOW films and TWILIGHT ZONE: THE MOVIE.

There are no fans like horror fans. I count myself among them and have long before I ever picked up a camera. I thank those of your readers who have gone to my films, or watched them on TV. And promise, if they enjoyed them, there are many more great thrill rides ahead! 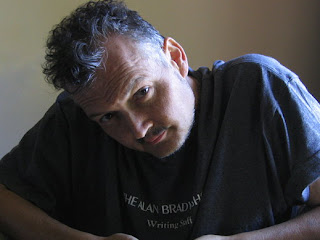