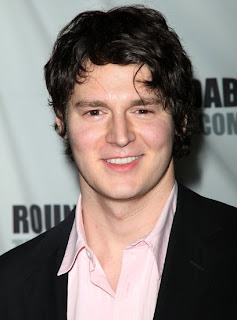 Ben Walker has been cast in the lead role by director Timur Bekmambetov in Abraham Lincoln: Vampire Hunter for 20th Century Fox.
The feature film is an adaptation of the Seth Graham-Smithnovel which is being produced by Bekmambetov, Tim Burton and Jim Lemley.

Walker’s deal has just been locked in today according to Deadline. The actor has been on the short list for of actors testing for the role. He recently starred on stage in Bloody Bloody Andrew Jackson and will be seen on screen soon in Matthew Vaughn’s X-Men: First Class.
His deal is in the final stages now. Walker was up against James D’Arcy, Adrien Brody, Oliver Jackson-Cohen, and Josh Lucas for the coveted role.
I think that Walker is a good choice for the role and will do a good job in the film. I am very excited to see X-Men: First Class and now have another film of his to look forward to.
What are your thoughts on this news?