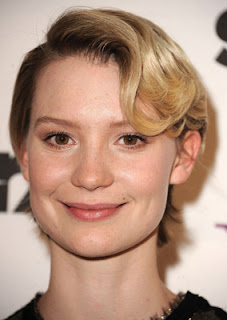 Mia Wasikowska is having a great year so far and now her 2011 is getting even better. The actress is in talks to star in Fox Searchlight’s Stoker for director Chan-wook Park (director of Oldboy and Thirst).

The script was written by Wentworth Miller (Prison Break) under the pseudonym Ted Foulke. Ridley andTony Scott are producing the thriller with Michael Costigan under their Scott Free banner.
When the script was first sold, Jodie Foster and Carey Mulligan were attached to star. Now it looks like it will be Wasikowska in the lead role when shooting begins this spring. She stars as an eccentric teen whose enigmatic and estranged uncle returns to the family after the death of her father. Strange things begin to happen.
Deadline reports that when Miller sold the script he had also written Uncle Charlie, a prequel that “explores another chapter in the history of a family with a knack for burying secrets as well as bodies.”
The Australian actress starred in Alice in Wonderland as well as The Kids Are All Right this year. She just finished shooting Jane Eyre for Cary Fukunaga. I think she is a great actress, she continues to show her versatility with her roles.
What are your thoughts of this news?