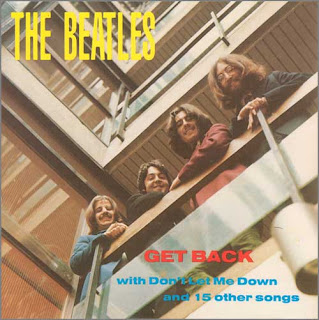 Get ready to head back in time with Mark Waters and The Beatles!

Mark Waters is in talks to direct the comedy Get Back, which is about two die-hard Beatles fans who travel back in time to prevent John Lennon from ever meeting Yoko Ono, who they blame for breaking up the group.

, so in a way it is truly the last song before they broke up. Chris McCoy wrote the script for the film, which was featured on the 2007 Black List.
I am curious if rights to the likeness of John Lennon have actually been secured from Yoko Ono. The film does not sound like it will present Ono in a good light. There will not likely be much support for the film, unless she has a good sense of humor or the story ends well.
Waters is a good choice for this type of comedy/fantasy film. He’s directed films such as The Spiderwick Chronicles, Freaky Friday, Just Like Heaven and Ghosts of Girlfriends Past.
Production on Get Back is planned for the end of summer in London after post-production and press rounds for Mr. Popper’s Penguins have concluded. Waters also directed Mean Girls, Head Over Heels and The House of Yes.
I get the same vibe from Get Back that I do from the upcoming Simon Pegg and Nick Frost film Paul, but with a bit more family-friendly fantasy.
What are your thoughts of this news?