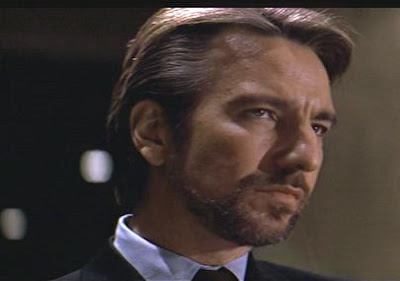 Could Die Hard 24/7 feature another Hans Gruber relative?
There is a current rumor from What’s Playing that Hans Gruber (played by Alan Rickman) may have another relative to come after John McClane in Die Hard 24/7. I think that Hans Gruber was by far the best villain of the Die Hard film series. McClane faced Simon Gruber, played awesomely by Jeremy Irons, in Die Hard: With A Vengeance.
The most recent Die Hard installment Live Free Or Die Hard was my least favorite film of the franchise. Hopefully this next film will bring the amazing action that fans have come to love. Including a son or daughter of Gruber’s that wants to avenge their dads death does not sound like a bad idea.

As of last month it was reported that FOX still lacks a solid script, but it doesn’t mean they can’t be shooting out ideas like this one. It will be interesting to see what they eventually end up doing with this new Die Hard flick.

Do you like the idea of another Hans Gruber relative taking McClane on?

John Woo's THE KILLER Getting A 3D Remake!