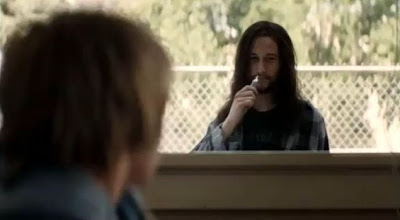 The film has had a tough road to getting to theaters after it’s debut to mixed reviews at last year’s Sundance. It was immediately picked up up by Newmarket Films, and has languished for over a year without hitting theaters because of what appears to be internal politics. Newmarket chief Chris Ball exited the company to form Wrekin Hill Entertainment and there’s a plan in place to release the film jointly later this spring.

The film centers on “a teenager (newcomer Devin Brochu) and his father (Wilson) who are forced to move in with the boy’s grandmother (Piper Laurie) after the sudden and tragic death of their mother/wife. A young man with a troubled past named Hesher (Gordon-Levitt) assumes the role as both mentor and tormentor, while a young grocery clerk (Portman) steps in to protect the teenager, and becomes the object of his fantasies.”
Hesher is set to show at SXSW next month. Watch the trailer below thanks to our friends at The Playlist and share your thoughts! [via NataliePortman]