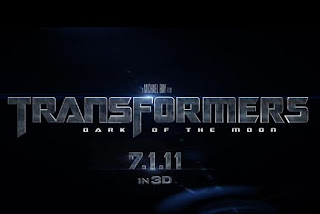 Check out the new TV spot for Michael Bay‘s Transformers: Dark of the Moon, which aired during the Daytona 500 this weekend. It has a bunch of the same shots from the Super Bowl spot, but also has some shots we’ve never seen before.
<iframe title=”YouTube video player” width=”560″ height=”349″ src=”https://www.youtube.com/embed/B1cc4NAbPpg“frameborder=”0″ allowfullscreen>iframe>
Synopsis:

The Autobots, led by Optimus Prime, are back in action, taking on the evil Decepticons, who are determined to avenge their defeat in 2009’s Transformers Revenge of the Fallen. In this new movie, the Autobots and Decepticons become involved in a perilous space race between the U.S. and Russia, and once again human Sam Witwicky has to come to the aid of his robot friends. There’s new characters too, including a new villain in the form of Shockwave, a longtime “Transformers” character who rules Cybertron while the Autobots and Decepticons battle it out on Earth.

Transformers: Dark of the Moon is scheduled for release on July 1.
Source: /Film

A.R. Rahman's "If I Rise" video featuring Dido from 127 HOURS